Faster cycle times are the result of a new, electronically controlled pump, a larger control valve and multiple sensors. 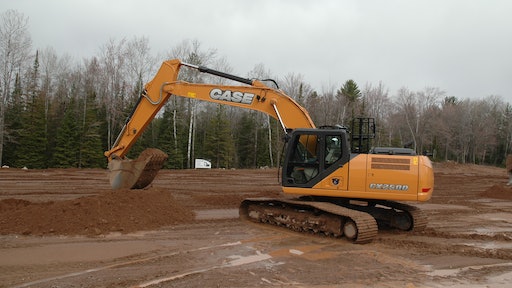 The Case CX210D, the CX250D, the CX250D Long Reach (LR), the CX300D and the CX350D excavators provide significant operational gains, including cycle times up to 12% faster, improved responsiveness and multifunctional control, and up to 14% greater fuel efficiency. Breakout forces are increased by as much as 6%. Productivity testing during research and development showed that certain models in the D Series could fill more than 9,500 additional trucks per year based on cycle time increases alone.

The new models include:

Faster cycle times are the result of a new, electronically controlled pump, a larger control valve and multiple sensors. These features combine with the Case Intelligent Hydraulic System and its four integrated control systems to make the best use of the machine’s hydraulic power and momentum, resulting in added strength and fuel efficiency.

The D Series also provides the operator with three working modes – Speed Priority, Heavy and Automatic – that help the machine conserve energy and exert only as much power as needed to complete the job at hand.

Each machine is available with a (optional) LED working light package that provides illumination similar to sunlight – and more than three-times brighter than halogen – allowing contractors to work around the clock. The LED package includes six LED lights (two front, two rear and one on each side) and a side-view camera. A premium LED light package features the Case Maximum View monitor, which combines feeds from three cameras to provide a comprehensive view to the rear and both sides of the machine.