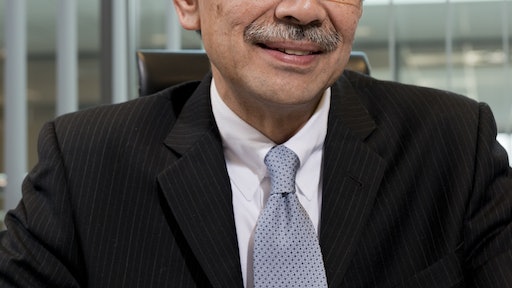 The Komatsu Board of Directors has announced the appointment of Masatoshi Morishita as Managing Director & CEO, and Marketing Division President, of Komatsu Europe International N.V. effective April 1, 2016. He succeeds Keiko Fujiwara, who returns to Japan after four years in Europe, in order to pursue her career at Komatsu Ltd. HQ, taking charge of HR Development & Training for Distributors.

Morishita, 55, joined Komatsu Ltd. in 1984 to work in domestic and international sales and marketing. In 1993, he represented the Dubai Liaison Office of International Division as General Manager, and in 1997 he returned to the Japanese Domestic Sales Division to take charge of rental business development.

From 1998 to 2004, Morishita was responsible for various marketing activities at Komatsu Europe International N.V. He then returned to Japan to collaborate with a major account as Marketing Manager of Mining Business Department.

In 2006, he transferred to Komatsu Latin America Corp as Vice President of Corporate Planning, and took over as Chief Operating Officer (COO) of Komatsu Cummins Chile Ltda in 2008. After returning to the Construction Business Planning & Controlling Department of Komatsu Ltd in 2012, Morishita was successively Deputy General Manager then General Manager in 2013, and Vice President of Aftermarket Business Division in 2015.

Morishita is also on Komatsu Europe’s Executive Board, with Peter Howe (Chairman) and Taiichiro Kitatani (Vice-Chairman).