Where has all the innovation gone?

"...the total spend for emissions compliance is probably in the range of $5 to $10 billion." 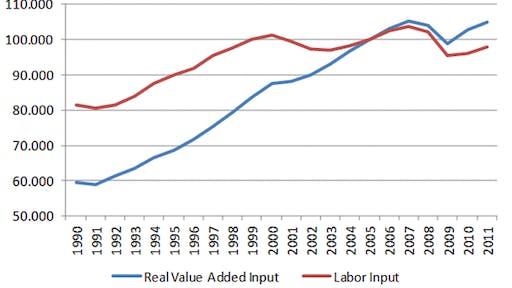 There has been rumblings of a general complaint from the media that U.S. innovation has stagnated. Where have all the inventors gone? and when will a new wave of products hit the markets?

What critics fail to consider is the amount of engineering effort and large sums of money that companies have diverted to develop diesel engines that are compliant with EPA emission regulations. Tier 4 Interim diesel engines have just begun to make an appearance in the marketplace. In fact almost all of the product introduction announcements made during the Intermat 2012 show in Paris showcased product lines that have been redesigned to accommodate a more complex diesel engine system that requires 20 to 30% more cooling than Tier III engines. To meet Tier 4 Final regulations - which take effect in 2014/2015 - the machine engine compartments have been enlarged to accommodate particulate filters, urea tanks or urea metering devices, and electronic controls. The amount of intellectual effort needed to comply with the regulations in total for all engine manufacturers is staggering.

There has also been huge sums of money spent by equipment manufactures (OEMs) to purchase engines and install them on their machines. As OEMs announce their quarterly and annual results, we’re beginning to get a glimpse as to the amount of money they have spent. CNH indicated that in its first quarter this year 41% of its $110 million R&D budget went to emissions compliance. In Deere’s recent second fiscal quarter results statement, management stated, “..the product costs of compliance with engine emission regulations in North America and Europe will be roughly $500 million higher than 2011.” We can assume Deere is spending at least $500 million. Multiply those amounts by all the companies that manufacture machinery and the total spend for emissions compliance is probably in the range of $5 to $10 billion.

That doesn’t count the revenues from businesses that have been created to supply pieces and parts used in the emission devices. For example, Cummins, one of the few independent engine manufacturers left in the world, has a whole division dedicated to developing and selling emission solutions to its customers. Last year the division had revenues of $1.2 billion.

The amount of money diverted from research and development efforts to create innovative products is equally staggering. One can argue that emissions regulations and compliance is an industry that didn’t exist 15 years ago that has created thousands of jobs. My objection to all of this is that all the money spent has not improved the productivity of machines. The spending has been directed at what I would call non-productive endeavors.

To illustrate this point is the U.S. Government Bureau of Labor Statistics productivity data for non-farm machinery (image is at top left of page). The graph visualizes U.S. machinery productivity, and according to its data, since the early 2000s productivity has all but flat-lined.

There was the recession, but I theorize that money that could have been assigned to projects that would have improved machinery manufacturing productivity were instead diverted to developing solutions to conform to emission regulations. While having clean air is an undeniable benefit, there has to be a balance between cleaning the air and developing new and innovative products.

Who is paying for all of these emission devices? The consumer: contractors, government agencies, mines, quarries, etc. In its second quarter (Q2) press release, Deere said, “that the combined increase in material and Interim Tier 4 product costs will be more than offset by what we are forecasting to be 4 points of price realization.” The term "price realization" is manufacturer-speak for price increase. 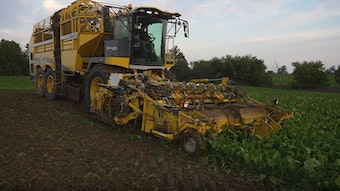 The engine is part of Cummins' strategy to reduce emissions in heavy-duty trucks and equipment.
Cummins Inc.
October 20, 2021

The company is highlighting a range of engines which demonstrate the ease of transitioning to fuel alternatives such as methane and natural gas.
FPT Industrial
October 19, 2021

The sale of mowers and other equipment powered by small off-road engines will be regulated by 2024 in an effort to reduce emissions.
Ryan Whisner
Sara Jensen
October 15, 2021
Automated Systems

The duty cycles of off-highway equipment, coupled with the remote operational nature of many machines, will make diesel difficult to replace.
Cummins Inc.
September 26, 2021

Cummins is developing a medium-duty 6.7 L and a heavy-duty 15 L engine fueled by hydrogen for use in on- and off-highway applications.
Cummins Inc.
September 23, 2021