Last month, President Obama announced the second phase of the Department of Transportation and EPA Fuel Efficiency and GHG Emission Program for medium- and heavy-duty vehicles. 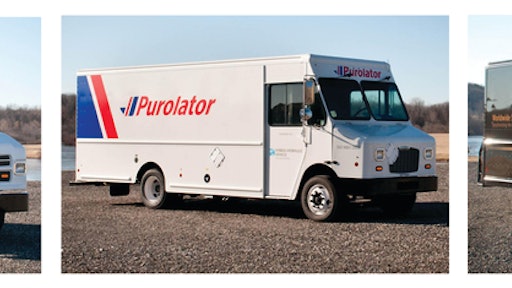 Eaton Corp., known for its extensive work with the EPA to deliver fuel-saving hydraulic hybrid vehicles for companies such as FedEx, UPS and Coca-Cola, announced its support for the Obama administration's Phase II of further greenhouse gas emissions reductions for medium- and heavy-duty trucks.

Announced back in 2010, the U.S. Environmental Protection Agency (EPA) and the Department of Transportation’s (DOT) National Highway Traffic Safety Administration (NHTSA) put together the first plan (Phase I) to reduce greenhouse gas (GHG) emissions and improve fuel efficiency of medium- and heavy-duty trucks. Phase I was directed toward vehicles sold during 2014 to 2018. More information on both Phase I and II can be found at www.nhtsa.gov/fuel-economy.

On February 18, during his State of the Union address, President Obama announced Phase II and the role the EPA and DOT will play in their continued pursuit for better fuel efficiency standards for medium- and heavy-duty vehicles beyond model year 2018 by March of 2016. This is a major part of the President’s Climate Action Plan for carbon emission reduction. According to a fact sheet release from The White House,

“Under this timeline, the agencies are expected to issue a Notice of Proposed Rulemaking (NPRM) by March 2015. This second round of fuel efficiency standards will build on the first-ever standards for medium- and heavy-duty vehicles (model years 2014 through 2018), which were proposed and finalized by this Administration and will save vehicle owners and operators an estimated $50 billion in fuel costs and save a projected 530 million barrels of oil.”

Besides passenger cars and light trucks, the medium- and heavy-duty trucking industry accounts for the highest production of GHG emissions in the transportation sector. The EPA has estimated that Phase I will result in a net savings of $42 billion in fuel costs, even with the costs of compliance and new technologies taken into consideration. It was noted that the EPA and NHTSA plan to work closely with industry manufacturers and the California Air Resources Board (CARB) to ensure the next phase of standards allow manufacturers to build a single national fleet of vehicles.

The EPA’s complementary SmartWay Transport Partnership and the DOE’s National Clean Fleets Partnership programs offer government support for companies interested in reducing their petroleum use in their fleets. During his address, the President directed the DOE to work with SmartWay to provide companies interested in partnering with the movement with specialized resources, technical expertise and support in developing a comprehensive strategy to reduce fuel use and increase efficiency.

A final piece of the fuel-efficiency puzzle will be continued focus on expanding fuel choices and investing in the long-term transition to cleaner energy sources and natural gas. The President called for the establishment of an Energy Security Trust Fund to financially back research and development for advance vehicle technologies. The Energy Security Trust is a $2 billion investment—with funds drawn from revenues generated from federal oil and gas development—to shift the nation’s cars and trucks off of oil and invest instead in advanced vehicles that run on electricity, hydrogen, and domestically produced biofuels and natural gas.

A new tax credit was announced to prompt investment in infrastructure development to support advanced vehicles after deployment. The private sector will be allowed to determine which alternative fuel makes the most sense for its community.

Supplementary to the Trust Fund, Obama proposed to extend the cellulosic biofuel producer credit that expired December 31, 2013, citing that its extension would accelerate the development of the fuel, which has the potential to reduce petroleum consumption and carbon pollution while boosting rural economic development.

Positive feedback from the industry

Shortly after the conclusion of the State of the Union address, several industry leaders publicly announced their thoughts, ideas and support for Phase II of the fuel efficiency efforts for the medium- and heavy-duty trucking industry.

“This shift to new clean diesel technology is delivering significant societal benefits today. In 2012, the fleet of clean diesel trucks reduced emissions of NOx by one million tons and reduced particulate matter by 27,000 tons. This is the same amount of NOx reduction that would result from removing 87 million light-duty cars and trucks from the road for one year, and the same amount of particulate matter reduction as removing 225 million cars and trucks for one year.”

“Today’s technology is accelerating at an unprecedented pace, making the opportunity to deliver substantial reductions in greenhouse gas and fuel consumption a truly achievable objective. These goals and the ultimate outcomes from Phase II can be accomplished without compromising vehicle performance or inhibiting the choices the market or fleet customers have, given the wide array of current and future technologies available today and tomorrow.”

Davis also commented on his hope that some of the beneficial features of Phase I—such as creating a single national standard, regulatory certainty over time, and building on existing testing and certification protocols—be continued into Phase II to assure its acceptance and successful implementation.

Cummins Inc. (company information, 10055252)—another company familiar with fuel efficiency best practices, especially through its Cummins Westport Inc. joint venture (company information, 10873951) formed in 2001 with Westport Innovations (company information, 10655086) to develop 100% natural gas engines—also announced its support of Phase II. A participant in the Department of Energy (DOE) SuperTruck program with its partner Peterbilt, its concept vehicle achieved 10.7 mpg during road testing and averaged a 75% increase in fuel economy, a 43% reduction in GHG emissions and an 86% gain in freight efficiency in 24-hour testing against a 2009 baseline truck. Cummins is also a member of the Heavy-Duty Fuel Efficiency Leadership Group, an informal coalition of major trucking fleets and technology providers that have pledged to work with federal agencies on the next phase of regulations.

Rich Freeland, Cummins Vice President and President – Engine Business, said, “Cummins supports standards that deliver environmental benefits and help our customers in the form of increased fuel efficiency and cost savings. The first phase of these regulations provides a strong foundation that recognizes the needs of business while offering clear direction to create innovative technologies.”

“Because more than 90% of all heavy-duty trucks in the U.S. are diesel powered, advancements in clean diesel technology will play a major role in helping meet future efficiency, environmental and climate goals,” said DTF’s Schaeffer. “This clean diesel, clean air success story is due to the billions of dollars in investments made by engine and truck manufacturers, fuel suppliers and emissions control technology companies.” While the financial investment may not be over, the benefits and advanced technologies that come from dedicated manufacturers working toward a difficult yet achievable goal can be considered invaluable to the overall advancement of society, boost in the economy and the middle class jobs it can provide.