The DOE has announced the next iteration of its SuperTruck program with the aim of increasing Class 8 long-haul truck efficiency more than 100%. 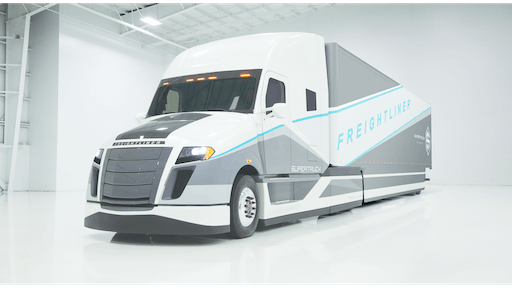 SuperTruck II aims to take the potential for efficiency gains even further by challenging manufacturers to research, develop and demonstrate a greater than 100% improvement in vehicle freight efficiency

The DOE has placed an emphasis on cost-effectiveness and performance of the technologies used for the SuperTruck II vehicles. According to a DOE spokesperson, this is because more cost-effective technologies have shorter returns on investment and greater potential for market success. “Industry must have a business case to invest in technologies and integrate them into their manufacturing lines for products on the market,” says the spokesperson. “As for performance, technology solutions that offer comparable performance (acceleration, gradeability) are needed to ensure that these more efficient trucks will appeal to future truck purchasers."

While the focus of the project is on Class 8 long-haul trucks, there will be an opportunity for teams to consider other Class 8 truck applications, as well. Class 8 regional-haul truck use is anticipated to increase in the future as more container ships arrive on the East Coast due to the widening of the Panama Canal, says the spokesperson, making improvements to regional-haul truck efficiency just as important. “As such, to the greatest extent possible, technologies selected to meet the SuperTruck II freight efficiency improvement goal for heavy-duty Class 8 long-haul trucks should be applicable to Class 8 regional-haul trucks, as well,” says the DOE spokesperson.

“SuperTruck II is designed to extend and build on this success. While the SuperTruck I technologies have incredible promise, we think that this new project will result in even more innovation that can result in substantial near- and long-term fuel efficiency improvements,” says the DOE spokesperson.

Similar to the first iteration, project teams for SuperTruck II must include a Class 8 truck OEM; participation from engine manufacturers, trailer manufacturers, suppliers, national labs, universities and others from the industry is highly encouraged. The DOE is currently in the process of competitively-selecting submitted proposals and anticipates announcing selections later this year. Projects will last approximately 60 months (five years).