The amended legislation will help mitigate some of the most significant disruptions in the sector caused by the COVID-19 pandemic. 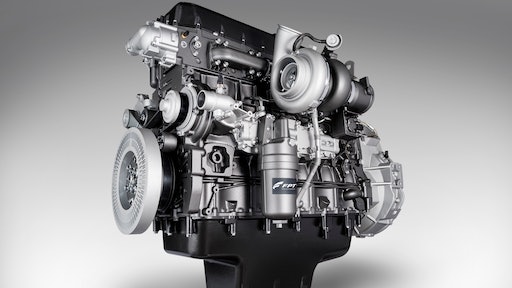 The Stage V transition deadlines have been extended for some categories of engines.
FPT Industrial

*Editor's note: This article was originally published in July 2020 and republished in January 2022 with new information.

Ongoing supply chain challenges brought about by the COVID-19 pandemic have made the production and supply of products difficult for many industries, including that of engines for heavy-duty off-road equipment. As such, the European Commission has over the past 2 years made amendments to its regulations to extend transition deadlines for Stage V engines.

Originally the regulation called for all new engines sold in the European Union (EU) to be Stage V certified by January 1, 2021. However, the supply chain issues which came about—and continue to plague the global economy—made it difficult for manufacturers to meet this deadline. Many companies and associations within the European off-road equipment industry called for an extension of the transition deadlines.

Legislators listened to the industry and announced on July 10, 2020, the European Parliament had adopted a text extending by 12 months the Stage V transition deadlines for certain categories of engines to be fitted in non-road mobile machinery (NRMM) and tractors. This amendment extends the June 30 and December 31, 2020 deadlines for the production and placing on the market of NRMM and tractors fitted with transition engines <56 kW (75.1 hp) and ≥130 kW (174.3 hp).

European industry associations representing the NRMM sector, namely CECE, CEMA, EGMF, EUnited Municipal Equipment & Cleaning, Europgen and FEM, said in a joint statement they welcomed the positive conclusion of the extension process. They stated it allows machinery manufacturers to avoid economic damage and unnecessary waste of raw materials and resources since many transition engines were already built in 2018 and would otherwise have to be scrapped.

Commenting on the initial vote to extend the deadlines, CEMA Secretary General Jérôme Bandry said, “The Parliament’s vote was vital to prevent further economic damage caused by the COVID-19 pandemic to our manufacturing industries and protect thousands of qualified jobs that depend on them.”

Bandry continued, “Neutral from an environmental perspective, this measure will not soften the stringency of the European legislation. Instead, it will give our industry the necessary time to install transition engines, already acquired, in machines, place them on the market and be compliant with ever more demanding requirements. On the opposite, inaction would have led to unnecessary waste of raw materials and resources, in addition to the financial costs.”

While the industry was glad for the deadline extension, it did not cover all power ranges. NRMM and tractors fitted with transition engines between 56 and 130 kW were not included in the extension and were to retain their applicable 2021 deadlines.

The industry called on the European Commission to continue monitoring the effect of COVID-19 on the industry and conduct a timely assessment of its impact regarding upcoming deadlines, submitting a new report to Parliament and undertaking new legislative actions as appropriate.

Supply chain challenges have continued, prompting the European Parliament on June 9, 2021 to adopt text extending transition provisions for NRMM fitted with engines between 56 and 130 kW.  “Our industries continue to face supply chain and production disruptions caused by the COVID-19 second and third waves. But to ensure the resilience of our agri-food chain, farmers and contractors need the machines using transition engines between 56 and 130 kW, planned and produced before the pandemic. Slightly postponing the deadlines avoids that transition engines can no longer be fitted in the machinery in time and are then scrapped,” said Bandry in a press release from CEMA on the proposed extension of the deadlines.

This additional extension will better enable manufacturers to get their products into the market while still meeting the emissions reduction goals set out for the off-road equipment sector.