TICO Mfg. is using PSI's 8.8 L CNG engine its a new terminal tractor prototype being tested by the company. 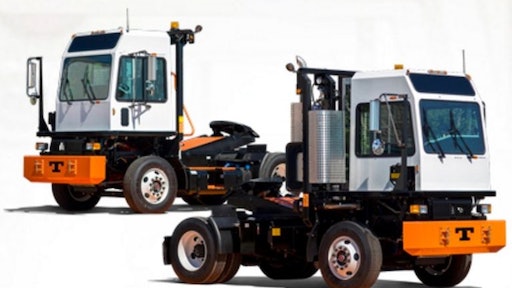 TICO Manufacturing and Power Solutions International Inc. (PSI) announces that PSI's 8.8 L CNG engine will power a new terminal tractor prototype being tested by TICO. TICO displayed the CNG prototype, which is already in service with plans for additional pilot testing, in Booth #3022 at the 2017 TMC Annual Meeting & Transportation Technology Exhibition in Nashville, held from February 27 to March 2.

The prototype fits within TICO's larger program to develop and expand an industry-leading portfolio of alternative-fuel terminal tractors. As part of that effort, TICO has worked closely with its customer UPS to develop competitively priced alternative-fuel vehicles in order to expand future fleet options to achieve the package delivery leader's sustainability goals. The CNG prototype, currently in pilot testing, is a product of this collaboration.

"The increasing costs and complexity associated with meeting diesel emissions is helping the shift to offer gasoline and alternative fuel engines," Tubbert adds. "This collaboration reflects that shift. We also wanted, in large part, to offer the customer more choices and to focus on clean air as a major policy objective."

"We're excited about the growth of our relationship with TICO," says Gary Winemaster, PSI's Chairman and Chief Executive Officer. "Together, we're developing a family of alternative-fuel options that offer leading companies like UPS flexibility and a pathway to fleets that are cleaner, easier to maintain, and less expensive. This CNG terminal tractor is a great addition."