ULEMCo and H2B2 have entered into a partnership to maximize the opportunity for the use and supply of hydrogen in the UK and Spain. 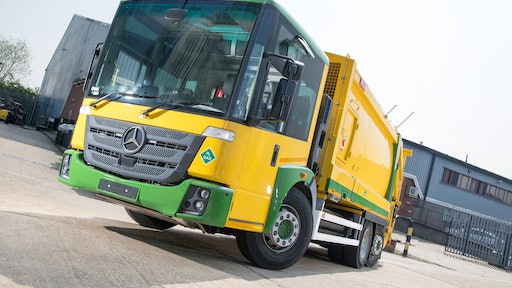 ULEMCo, the company leading the use of ultra-low emission hydrogen-fueled commercial vehicles in the UK, has announced a collaboration with Spanish company H2B2 to accelerate the commercialization of hydrogen fueled vehicles, both in Spain and the UK.

The companies have signed a Memorandum of Understanding that sees the firms enter a non-exclusive partnership to maximize the opportunity for the use and supply of hydrogen economically through scaled production.

There is a natural synergy between the partners: while ULEMCo develops and commercializes the technology for converting commercial fleets to run on dual fuel (hydrogen/diesel), and is working with several fleet operators to demonstrate the practicality of hydrogen as a low carbon fuel, H2B2 is focused on the economic green production of hydrogen and the integration of large scale (1MW plus) hydrogen electrolyzers in industrial applications, mobility and energy storage solutions.

ULEMCo’s technology, deployed in HGV and heavy-duty engines, such as buses, provides H2B2 and end customers with a market for high volumes of hydrogen. Producing hydrogen at a large scale makes it an economically attractive alternative fuel for fleet operators.

The Spanish authorities, in common with others around the world, have an interest in hydrogen: Madrid and Barcelona have announced plans to address air quality problems by banning diesel and older vehicles respectively from their cities, and heavy-duty vehicles remain a problem the world over.

“We are seeing a renewed wave of optimism and investment in the Spanish market,” says Amanda Lyne, CEO of ULEMCo. “Now and post-Brexit, we want to be able to address the Spanish market with an affordable alternative to diesel fuel as demand for greener alternatives grows.”

“ULEMCo is making great progress in deploying hydrogen dual-fuel vehicles in the UK. We see enormous opportunity for ULEMCo’s technology in this market, as well as to achieve even greater penetration in the Spanish-speaking markets,” adds Javier Brey, CEO of H2B2.

Hydrogen has emerged as a promising alternative fuel option but careful consideration must be made in the design and materials selection of critical fuel system components.
October 22, 2020
Follow Us