Thermal efficiencies of 45% have been demonstrated in engine control strategies being developed for the Mega Low Emissions (MLE) truck demonstrator unveiled earlier this year. 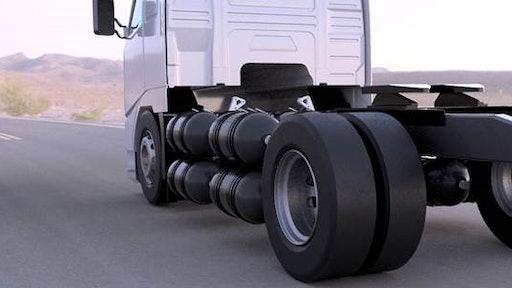 ULEMCo, the company pioneering the adoption of ultra-low emission hydrogen fuel in the UK, and its R&D partner Revolve Technologies, have announced record-breaking energy efficiency results achieved for a 100% hydrogen fueled zero-emission engine. Thermal efficiencies of 45% have been demonstrated in engine control strategies being developed for the Mega Low Emissions (MLE) truck demonstrator unveiled earlier this year.

This milestone performance shows that it is possible to go well beyond previously reported energy efficiency results for hydrogen combustion, at the same time as achieving immeasurable NOx levels. It points to the realistic prospect of zero-emission trucks running on 100% hydrogen in the relatively short term. ULEMCO’s approach of adapting existing diesel engine designs to run on hydrogen-diesel dual fuel has provided substantial learning on the opportunity for zero emission engines. This ultimately provides routes to the much quicker adoption of hydrogen in heavy duty applications than alternative approaches, which are still many years away from cost effective commercial availability.

Last week’s report from the BEIS sponsored Committee on Climate Change (CCC) on the future role of hydrogen in a low carbon economy referred to hydrogen in vehicles as potentially playing an important role for heavy-duty vehicles (e.g. buses, trains and lorries). Similar conclusions were reached for longer range journeys in lighter vehicles, where the need to store and carry large amounts of energy is greater. The report acknowledges that although overall well to wheel efficiencies are less for hydrogen than for battery EV, the latter’s negative impact on payload means that according to the report: “The aim should therefore be to move HGVs to zero-carbon energy (i.e. electricity and/or hydrogen) where feasible by 2050.”

As a hydrogen vehicle can be refueled quickly, fleet operators can also plan for similar numbers of vehicles to their current operation, rather than needing to increase fleet size to cover lengthy charging times for EVs.

“These excellent results represent engine efficiency levels very similar to those seen with some fuel cell technologies*,” says Amanda Lyne, Managing Director at ULEMCo. “Combining these results with our knowledge of how to ensure that the engine can operate over a wide performance curve - and with industrial grade hydrogen - gives us confidence in this approach. Vehicle operators, particularly in heavy-duty applications, will have a truly cost effective option for very low carbon and zero emission driving in the future.”

Paul Turner, Engineering Director at Revolve, says, “Our highly qualified team has used dynamometer testing to develop our understanding of how to optimize hydrogen fuel use, whilst delivering immeasurably low NOx from engines that would be ‘right sized’ for use with hydrogen. We are delighted with the speed with which these impressive results have been achieved.”

Hydrogen fuel represents a practical route to radically reducing emissions from existing combustion technology, giving the prospect of delivering zero emissions in the not too distant future. As such, it could help to safeguard thousands of UK engine manufacturing jobs. ULEMCo believes that a balanced approach (rather than just favoring/promoting EV) by the Government would ensure that a variety of technology solutions are available in the future.

*The Ballard FCvelocity-MD fuel cell achieves 45% thermal efficiency at full load. The 100% hydrogen engine being researched matched that while delivering 60 kW at a BMEP of 8 Bar. The engine has also demonstrated its zero emissions capability and ultra-lean combustion, running stably at air/fuel ratios in excess of 300:1.