Horton Inc. offers ways to identify slip/heat issues, causes and remedies to ensure users get the most out of their fan drives. 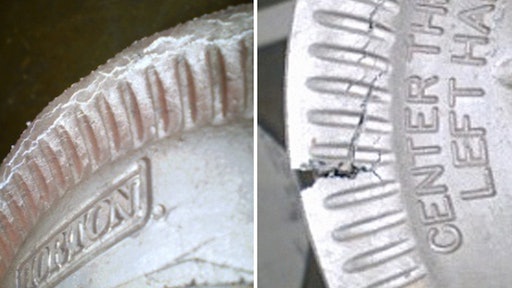 When signs of slip/heat are visible on a fan drive, it’s an indication of an underlying problem.  The remedies are as varied as the causes. In most cases, the damage is not covered under warranty.

Slip/heat incidences can be found in all applications with on/off and two-speed fan drives. The following are signs of a slip/heat issue:

The underlying causes of slip/heat damage are diverse and include:

Wrong fan drive. If the wrong fan drive was installed, the solution may be an upgrade of an on/off fan drive to two-speed technology with a conversion kit or a replacement with a new or remanufactured fan drive.

Oversized fan. If the problem is due to pairing a fan drive with a fan that is too large, reference original equipment manufacturer’s specifications and replace either the fan or fan drive.

Fan obstruction. Check for a loose, damaged or bent fan shroud and/or fan. Remove obstruction or replace any damaged components.

System air leak.  Repair the air leak. To determine if an air leak is the cause, listen for the sound of a leak around the solenoid valve, filter assembly, air lines and fittings while air is being applied to the fan drive. Soapy water can also be sprayed around the spring housing, sheave and bleed holes. If there is an air leak, bubbles will be visible.

System air leak. If excessive cycling is caused by an air leak in the system, you need to repair the leak. To determine if an air leak is the cause, listen for the sound of a leak around the solenoid valve and filter assembly and at the air lines and fittings while air is being applied to the fan drive. Also, you can spray soapy water around the spring housing, sheave and bleed holes. If there is an air leak, you will see bubbles.

Freon overcharge. If excessive cycling is the result of A/C Freon overcharge, check and adjust Freon to the original equipment manufacturer’s specifications and install a liner kit.

Faulty switch. If excessive cycling is the result of a faulty air temperature switch, you need to replace the switch.

Valve or valve filter assembly problem. If excessive cycling is caused by a non-exhausting solenoid valve or the valve not engaging properly, check for a plugged exhaust or intake port on the valve, check and clean the filter, or replace the valve.

Regular maintenance can prevent many slip/heat related problems. If slip/heat signs are evident, this guide may help you pinpoint and repair the source of the problem before repairing or replacing a fan drive.