Detroit Diesel announces that its DD13 engine has been chosen by ABC Companies for the company's 2011 motor coaches. 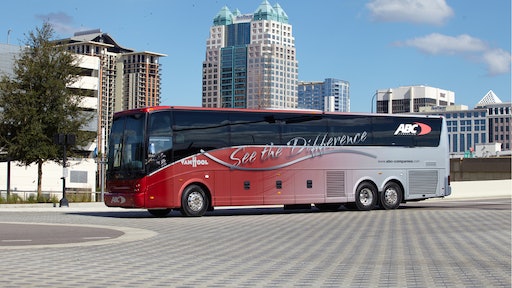 The relationship between Detroit Diesel and Van Hool began more than 20 years ago, when the company ordered its first Series 60 engine. Since then, this leading provider of motorcoaches, transit buses, double deck buses and mini-buses has bought more than 2,000 engines from Detroit Diesel.

Detroit Diesel worked closely with ABC Companies to develop a unique configuration of its DD13 engine specifically for its motorcoach products.

“Detroit Diesel has provided excellent engineering support from the very beginning of our relationship,” says Ashley Cornell, vice president of CustomerCare for ABC Companies. “Not only is the engine easy to install and service, but its reliability and fuel economy continue to exceed our expectations.