Testing has shown that Jacobs' HPD can equal or exceed the braking capabilities of a driveline retarder for approximately one-third of the equipment cost.

Just 2 years since Jacobs first unveiled its innovative Two-Stroke HPD technology, HPD development programs are now underway at nine OEMs. Recent tests conducted in the USA and Spain, including vehicle and engine lab tests, covering over 20,000 km, have shown that HPD can equal or exceed the braking capabilities of a driveline retarder for approximately one-third of the equipment cost. The less complex addition to the HPD family of products, 1.5 Stroke HPD, announced in May 2018, is expected to create much interest at IAA.

Recent trials and customer interest have revealed that, in addition to benefiting diesel engines, HPD also delivers significant braking advantages to vehicles with engines fueled by compressed natural gas (CNG). Because natural gas engines have smaller turbochargers and lower compression ratios than diesel engines, their traditional engine brake retarding power can be up to 25% less effective. This is a critical difference which can reduce safe operation at a vehicle’s maximum permissible payload. When a CNG-fueled engine is equipped with HPD, however, engine braking performance can be designed to match that of a diesel. HPD enables CNG-fueled trucks to pass the braking tests necessary for homologation to carry payloads as large as 40 or even 60 tons. HPD also eliminates the need for CNG trucks to be specified with an expensive driveline retarder.

Two other advantages can be gained from HPD because it is modular with another Jacobs’ technology, Cylinder Deactivation (CDA), which improves fuel economy and exhaust thermal management. CDA leverages Jacobs’ well-established componentry to disable engine valves in selected cylinders, allowing a large engine to have the fuel economy of a smaller engine. Higher exhaust temperatures in the operating cylinders maintain aftertreatment temperatures at low load conditions and in start-up, improving emissions.

Steve Ernest, Vice-President of Engineering & Business Development at Jacobs Vehicle Systems, comments, “Our aim at IAA is to further raise awareness of the great benefits of Jacobs’ HPD Engine Brake. HPD was developed in response to engine manufacturers providing high power density engines for better fuel economy and lower cost of ownership, and this new braking technology is successfully proving itself in markets around the world. What’s more, HPD can help OEMs future-proof themselves against tightening fuel economy and emissions regulations if they choose to switch to alternative fuels.”

Jacobs Vehicle Systems and the three other companies of the Automation and Specialty platform of Fortive Corp. (Fortive A&S) are being merged with Altra Industrial Motion Corp., the maker of industrial clutches and brakes, later this year. This transaction expands Altra’s position across the technology spectrum by bringing together its mechanical and electronic capabilities in engineered power transmission (such as couplings, clutches, brakes and gearing) with Fortive A&S’s electric, electronic and software content in precision motion control.

A conventional engine brake has one compression release (CR) and one brake gas recirculation (BGR) event for each of the engine’s cam rotations. With Two-Stroke HPD, cylinder deactivation mechanisms eliminate the main intake and exhaust valve events, allowing the intake and exhaust braking rockers to provide two intake, two CR and two BGR events per cam rotation. In 1.5 Stroke HPD, the exhaust event is deactivated but there is no deactivation of the main intake valve events and no additional intake lift events to support the second compression release. The normal intake is provided for the first CR, and gases used in the second compression release event are generated solely by the recirculation of exhaust manifold gases, without drawing air from the intake manifold. 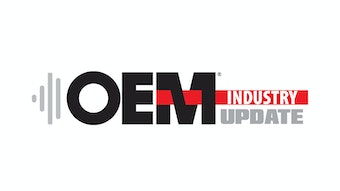