A look at where the fluid power industry is and where its future lies from Eaton Hydraulic’s Director of Application & Commercial Engineering Steve Zumbusch. 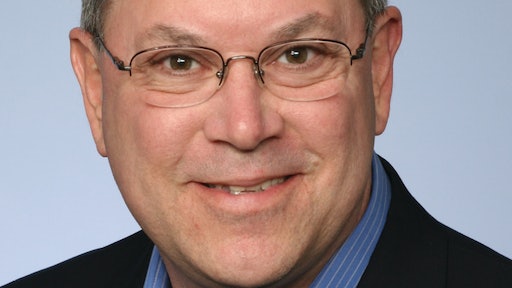 The NFPA Annual Conference left me wondering more about where the fluid power industry was and where it was heading from the perspective of a hydraulic component manufacturer. The six main research and development challenges faced by the fluid power industry—as determined by the NFPA, the CCEFP and industry member companies: 1) Increase energy efficiency; 2) Improve reliability; 3) Reduce size; 4) Build smart technology; 5) Reduce environmental impact; 6) Improve energy storage, recovery and deployment—remain destinations along the NFPA Technology Roadmap.

I took a few moments with Eaton Hydraulic’s Steve Zumbusch to get his perspective on where the industry is heading and how it plans to get there.

Michelle EauClaire (ME): What is the industry paying attention to right now?

Steve Zumbusch (SZ): The industry is paying attention to where the customers are heading. A lot of attention has been dedicated to generating more electronic controls and making hydraulics smarter, in particular with Tier 4 engine regulations.

More automation to make it simpler for unskilled operators is also a focus. Anything a system provider can do to put skill sets into the machine itself is going to help out both the manufacturer and the end user.

What has been a strength of hydraulics for a long time is its high power density. With the rising fuel costs, emission regulations, and other influencers coming into play, customers are considering things that would have been considered cost prohibitive in the past. There is an opportunity to save on overall engine cost if you can move down a size. Using even more powerful hydraulics, around 500 bar, can provide the value and payback for the user.

A lot of the technologies Eaton uses in aerospace applications are now being considered for use in off-road vehicles. 500 bar is the next limit coming up, but right now a lot of systems are running around 280 to 400 bar peak.

ME: What components hold the most potential for equipment manufacturers to reap the benefits?

SZ: I think the most opportunity is with pumps. A lot of off-road equipment today is running with fixed displacement systems, which is very cost friendly. But, there is a penalty that OEMs pay in energy waste, and with fuel costs and emissions regulations, the long term price is pretty significant. Variable displacement pump systems are one way we’re seeing a lot of impact.

It’s about coming back and being able to show the customer the significant payback by saving that energy. In a lot of cases, you can have returns on that investment in under a year.

ME: Are you seeing a lot of OEMs be less resistant to long-term system and component investment versus low up-front cost?

SZ: It depends on the sophistication of the OEM, the markets they serve, and whether they can tell the payback story to their end customers. If we can show an OEM that a vehicle owner can save $500 per year on fuel by him slightly changing the machine’s design, he still needs to convince his end customer to pay him that $500 for him to get his money out of it. The OEM doesn’t see the fuel savings, it’s the end customer. So, to give him the ammunition and information to support the claim that the end user is going to save money down the road is going to be an important part of it.

ME: Where does the fluid power industry and its customers stand on electrical system competition?

SZ: The advantage that hydraulics always has had is power density. That continues to hold true today. Electrical has its role, and we acknowledge that, as our company also makes the electrical devices. We often are looking at where it makes sense and providing the right solution for the customer.

With the advent of putting electronics on top of the hydraulics for the control, you have harnessed the brawn of hydraulics with the brains of electronics to make it intelligent and more efficient than it would have been in the past.

That being said, we still see there is going to be competition from electrical products; but, we don’t see them approaching the power density of hydraulics. There are currently physical limitations to the technology available in most electrical products. The last big leap for electrical systems was when they went to more advanced magnetic designs and were able to provide substantial increases in electrical motor capability. Hydraulics has continued to make incremental changes and in some cases more dramatic changes while they continue to improve the power density equation.

ME: How dramatically did Tier 4 alter the direction of the fluid power industry?

SZ: Tier 4 was something that a lot of hydraulic manufacturers saw coming several years ago, so we were preparing for it and introducing things like electronic control systems on our hydraulic products. Now that the Tier 4 engine designs are more settled and available to work with, there is a lot more activity from companies like Eaton to work with OEM customers to integrate the power management system with the engine. This way, it won’t be a matter of accepting the power output of the engine and running hydraulics off of it, but rather working together to try and optimize how the hydraulics are being used with the engine’s available power output.

ME: What goals are there beyond system and component efficiency?

SZ: There is still quite a bit of attention and requests from customers on things like reducing noise, increasing uptime and reliability, as well as diagnostic and prognostic abilities. Our LifeSense hose is an example of how Eaton is trying to address the industry need to accurately predict when they need to replace components so they can schedule that into their maintenance schedules, rather than having a machine go down and sit there for hours while waiting for something like a hose to be replaced.

ME: Where can you see the fluid power industry in 20 years?

SZ: The development of electrohydraulics is going to continue. My expectation is that you’re going to see more with distributed control, where we’re putting the on-board electronics directly on the products themselves—the pumps, the valves, the cylinders, the motors. It’s the evolution of the systems that our customers are building that we see the need for more distributed control occurring.

I can also see the value in the industry migrating to an open architecture so the software the customer has to deal with is not proprietary. There is a lot to be learned from the automation world that has gone through a lot of these growing pains already. We’re already seeing parts of the industry heading in that direction, and we’re seeing feedback from our customers agreeing that it is a direction that makes sense for the industry to follow.