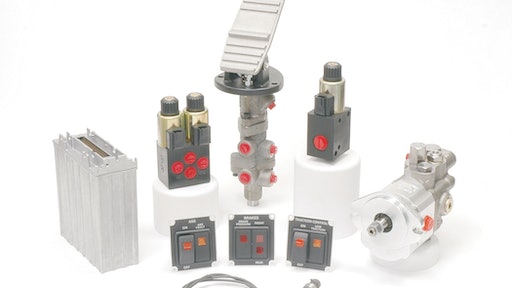 MICO, Incorporated introduces the Full-Power Brake System with ABS and Traction Control to provide added control for multi-wheeled vehicles operated both on and off-highway. The system enhances vehicle stability while decreasing stopping distances and improving acceleration under low traction conditions. As many as eight wheels can be controlled independently of the others, which makes the system easily adaptable to four-wheeled, six-wheeled and eight-wheeled vehicles. The system is available in whole or in part, based on a customer's needs. ABS and traction control can be added to a vehicle that already has a full-power brake system installed. Furthermore, the brake system can be implemented with either ABS or traction control — or both — based on the operator's needs.