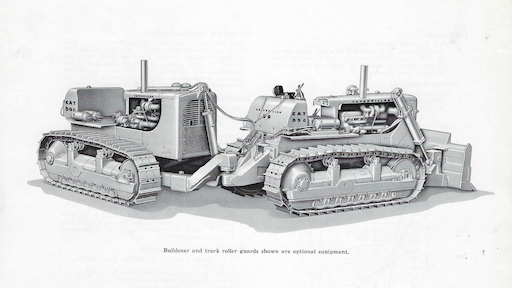 Over 3,000 exhibitors are currently expected for the biennial construction and mining industry show, and all possible safety precautions are being assured by the organizers.
July 10, 2020

JCB will supply up to 400 High Mobility Engineer Excavators which will all be manufactured at its North American headquarters.
JCB North America
July 9, 2020

The PCON 12 is a one-position 90-degree unsealed connector which can be used in a variety commercial vehicle applications.
TE Connectivity - Industrial & Commercial Transportation business unit
July 9, 2020

The system allows the operator to maintain a level bucket or pallet position from the bottom of a lift to the top.
John Deere Ag and Turf Division
July 9, 2020

The NFPA reports shipments of fluid power products for May 2020 decreased 2.8% compared to the previous month.
July 9, 2020

A new IDTechEx report indicates pure battery electric buses will make up the majority of the electric bus market in the coming years.
July 7, 2020

Special-purpose tires for commercial use, tires for two-wheeled vehicles, and racing tires are being combined into a new “Specialty Tires” business unit.
Continental
July 7, 2020

SSI's line of social distancing decals are durably designed and made to be highly visible.
Superior Signals
July 7, 2020

Epiroc has launched new sustainability goals for 2030 which include support of the Paris Agreement by further reducing carbon dioxide emissions from operations and transport.
Epiroc
July 7, 2020

Fleet confidence appears to be improving along with the economy, helping drive an increase in Class 8 orders in June 2020.
OEM Off-Highway Editorial Staff
July 6, 2020

The International Trade Commission reported last year that the implantation of the USMCA could add up to $68 billion to the U.S. economy and create 176,000 jobs.
OEM Off-Highway Editorial Staff
July 6, 2020