An under-performing 2013 prolongs uncertainty while associations and industry members work to push government on regulatory decisions and pass legislative bills to help the equipment market. 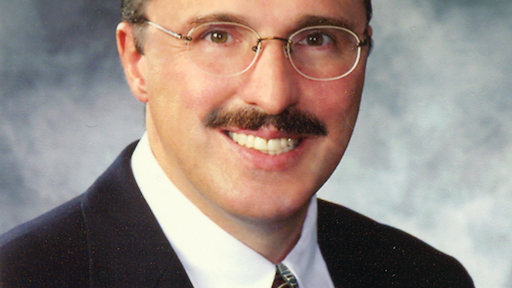 Economic insight into the major markets

Our initial optimism earlier in 2013—with a rebounding housing market, exports and continued growth of the U.S. economy—has been tempered as the year has progressed. While off-road equipment manufacturing has been growing, it is slower than we had hoped and is still bumpy. The agriculture sector has fared much better, helped by strong net farm income and commodity prices, but some prices have softened lately.

Exports got us through the recession, but we’ve been affected by the weaker global economy, especially in key export markets such as China. For example, construction equipment sales to China fell 38% for the first half of 2013 compared to 2012. While the housing market recovery has been a welcome sign, it’s wait-and-see for sustainable growth.

AEM and many other industry groups are working hard to get beyond government gridlock as Congress and the President fail to act on debt and budget issues. We still don’t have a farm bill passed; while we did succeed with a short-term ‘highway bill’ last year, it expires in 2014 and we have seen little action by our legislators to make the much-needed investments in our country’s infrastructure.

The major driver of our marketplace today is sales to the rental market. Without some certainty from Washington, contractors have a hard time making a decision on new equipment. Thus rental business utilization is going up and many contractors are looking to rent rather than own. The second issue driving the market is the Tier IV engine emission regulations; while the new machines are more efficient and productive, regulation compliance has resulted in some higher equipment costs upfront, making a rental decision easier for some.

Are there any major laws, bills or regulations that affect manufacturers?

Key regulatory issues for our industry include Canadian recycling, ‘REACH’ and ‘conflict minerals.’

Canadian Fluid recyclers in Alberta, British Columbia, Manitoba, Quebec and Saskatchewan have begun or will begin collecting environmental handling charges (EHC) on used fluids and filters. Previously, OEM sales had been exempt from these fees but recent studies indicate that up to 8.8% of the recyclables come into Canada as OEM products. Now the industry will be required to begin collecting these fees at the point of retail.

For REACH, all companies currently selling into the European Union must comply with Registration, Evaluation, Authorization and restriction of CHemical substances. The REACH regulations require that manufacturers know and document the materials used in their products. Certain materials required in the production process could become immediately unavailable, causing supply chain disruptions on very short notice. Regulatory compliance can be costly and confusing; however, failure to comply can result in lost access to markets.

AEM has established a REACH initiative to help manufacturers with compliance so they can stay active in vital markets, avoid delays in repair parts, and maintain their brands. The program focuses on information/awareness, data format and compliance assurance. Planned products to be offered include training, bulletins, data format and certifications.

For ‘conflict minerals,’ the U.S. Dodd-Frank Wall Street Reform and Consumer Protection Act requires disclosure of ‘conflict minerals’ from the Democratic Republic of Congo region used in products and, as with REACH, involves documentation along the supply chain. Our industry certainly wants to do what it can, from a corporate citizenship perspective, and AEM is working to help its members become more aware of the complexities of the regulation and working toward compliance.

In other areas, the renewable fuels standard (RFS) is the linchpin in the continued development of next generation biofuels that will create new demand for equipment. AEM continues to support this standard which is expected to come under more scrutiny by Congress driven by budget considerations.

In addition, manufacturers face uncertainty with costs associated with implementation of the new federal health care law and the unknowns about pending comprehensive tax overhaul that Congress is expected to consider this fall.

Have has design and manufacturing evolved since the recession?

The most significant demand on OEM engineering time has been driven by the Tier IV engine emission regulations. This has taken an extraordinary amount of available research and development time and resources in the engineering ‘back room.’ Much more than just switching out engines in a machine, compliance meant OEMs became more heavily involved in overall machine design required to incorporate the needed aftertreatment components. But manufacturers tackled the technical challenges and made every effort to retain or improve efficiencies and reduce operating costs.

A growing driver of manufacturer design decisions has been telematics data development for the end-user, to better utilize the machines and create efficiencies. Related is more focus on helping customers better understand their value to reduce maintenance and security costs.

The Agrievolution Alliance has become very active since it was founded in April 2012. AEM joins 10 other like-minded equipment industry associations in the group, which operates under the philosophy that issues and challenges in the agricultural economy are best acted upon on a global basis. AEM holds a seat on the group’s steering committee and serves as alliance secretariat.

The alliance produces a twice-yearly Agribusiness Barometer survey to obtain accurate, timely global market trend data for members’ use in business planning. An abbreviated version is available to the public.

Recent alliance action includes a published endorsement of the CEMA European association statement on U.S.-EU trade negotiations. We echo CEMA’s belief that freer trade is increasingly important for global food security and strongly support the concept of free trade agreements around the world.

The alliance holds Agrievolution Forums approximately every year and a half to bring together high-level industry stakeholders for information-sharing and collaboration on key global agricultural issues. The next forum is December 5 and 6, 2013 in New Delhi, India with a focus on global food security and farm machinery solutions, as well as farm equipment markets across the globe.

Automated vehicles and other forward-looking technologies

Autonomous equipment and its development has been viewed as a competitive issue and there have been several proprietary systems developed by manufacturers. AEM’s role can best be described as educational and as a supporter and facilitator for the development of communication protocols. This is a rapidly developing field.

As the desire for cleaner engines, and the required Ultra-Low Sulfur fuels to power them, are increasing globally, there is a demand for newer technologies. This has driven the need for education of both the mechanic/technician and operators concerning the unique technical and safety requirement of both the engines and fuels. AEM is on the forefront of safety issues when using Ultra-Low Sulfur fuel and has distributed safety materials globally. The demand for increased efficiency is not limited to engines and fuels but includes the more efficient use of equipment including Job site layout using new technologies, requiring increased communication of machine and site data via telematics, GPS and the use of drones for monitoring crop conditions and mapping.

What is the most exciting opportunity you see for off-road equipment manufacturers in the foreseeable future?

Drivetrain systems and components are anticipated to see many changes regarding size, packaging and gearing as electrification continues to increase.
Sara Jensen
January 2, 2020
Latest

The NFPA reports shipments of fluid power products for May 2020 decreased 2.8% compared to the previous month.
July 9, 2020

A new IDTechEx report indicates pure battery electric buses will make up the majority of the electric bus market in the coming years.
July 7, 2020

Fleet confidence appears to be improving along with the economy, helping drive an increase in Class 8 orders in June 2020.
OEM Off-Highway Editorial Staff
July 6, 2020

The International Trade Commission reported last year that the implantation of the USMCA could add up to $68 billion to the U.S. economy and create 176,000 jobs.
OEM Off-Highway Editorial Staff
July 6, 2020

The U.S. House of Representatives has passed the INVEST in America Act/Moving Forward Act, an infrastructure bill worth $1.5 trillion.
Sara Jensen
July 2, 2020

While several events related to the heavy equipment and engineering industries have been postponed due safety concerns related to COVID-19, others are now being held virtually.
Sara Jensen
July 2, 2020

The new 900,000-sq.-ft. plant will have the capacity to produce Class 6-8 vehicles and is anticipated to begin vehicle production in 2022.
Navistar International Corp.
June 30, 2020

Topics for this year's event will include OEM Advanced Technology Road-map, New Energy Vehicles & The Future of Power, and a global industry economic outlook.
June 29, 2020

The headquarters is now located at the Mack Customer Center, providing the company with more working space and access to features such as a test track.
Mack Trucks Inc.
June 26, 2020
Upcoming event

Heavy Duty Dialogue will be held as a virtual event in 2020.

Equipment Manufacturers Continue to Face Significant Challenges due to COVID

Three quarters of equipment manufacturer executives said in a new AEM survey the impact of the COVID-19 pandemic on the overall economy is still very negative.
Association of Equipment Manufacturers (AEM)
June 25, 2020
Follow Us