"The world economy has excellent prospects for growth" 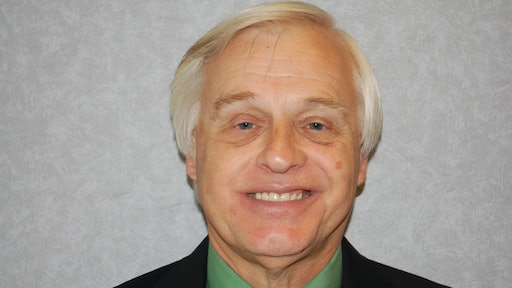 How have the BRIC economies shifted in the global marketplace?

Emerging economies became a more dominant force in the world economy, starting with the recovery in the early 2000s. These countries were less impacted by the worldwide financial crisis and their subsequent recovery was strong. China was the major contributor but emerging economies as a whole turned in their best economic performance in decades.

More recently, these economies slowed. Growth this year will likely average about 4.5%, similar to 2012, but well below the peak growth of over 7% in 2010. This slowdown occurred in response to the ending of stimulus spending and increases in interest rates. Between early 2010 and late 2011, average interest rates increased almost 125 basis points. Rates never came close to the peak reached in 2008 but they slowed growth more than most countries wanted. By mid-2013, central banks had largely reversed those rate increases.

For much of this year, concerns about China slowing dominated views on emerging markets and the world economy. Recent data suggest the Chinese economy will hold up better than some feared. These data included faster growth in industrial production and infrastructure construction. Inflation has remained lower than the government's target. Less positive, several countries, including Brazil, Indonesia and Turkey, recently saw their currencies weaken as long-term interest rates in the United States increased. These countries reacted by raising interest rates, which creates some risk for future growth in these countries.

What new markets/countries are emerging as leaders in the world that Caterpillar sees as great areas of growth and development?

We believe the world economy has excellent prospects for growth. First, despite recent rapid growth, emerging markets still have plenty of room to grow. Inflation is low and these countries have growing workforces. Most have kept exchange rates competitive and have avoided serious foreign debt problems. China most likely will not continue growing at 10% yearly but even growth of 6.5 to 7.5% yearly will have a big impact on the world economy. Prospects for improvement are probably the greatest in Africa and South America since these regions lagged recoveries in Asia.

One of the better possibilities for improved growth is in the advanced economies, reflecting their past poor performance. The worst recession since the 1930s followed by the slowest recovery since that period left these countries with a huge unemployment problem. As a result, inflation is falling below central bank targets at a time when interest rates are at record lows. Most central banks already indicated they plan to maintain low interest rates well into the future and some are taking extra measures, often referred to as quantitative easing, to increase bank lending. Recent data indicate these economies are beginning to respond to this stimulus. Advanced economies still comprise the largest part of the world economy so better growth in these countries would also benefit emerging economies.

Having the potential for good growth does not guarantee that good growth will actually be achieved. Economic policies, particularly monetary policies, must support growth. Raising interest rates too quickly could turn a promising recovery into another downturn.

In addition, he has responsibility for a group that prepares detailed machine forecasts monthly for the company’s Machine Business Divisions. Another group supports the company’s sales and operation planning process, and maintains systems for forecasting and production scheduling. A third group is responsible for preparing reports on machine activity.

He has a Ph.D. in economics from Iowa State University and has spent much of his 42-year Caterpillar career as an economist. His assignments involved following all the major economies in the world, including five years as Chief Economist for Europe/Africa Middle East

Other duties were a co-coordinator for the introduction of the euro and managing the company’s foreign exchange, commodity and interest rate hedging.

Goodyear is researching the benefits of connecting intelligent tires and brake systems, ZF names a new head of its off-highway business, and more news you may have missed.
Sara Jensen
March 24, 2021
Follow Us