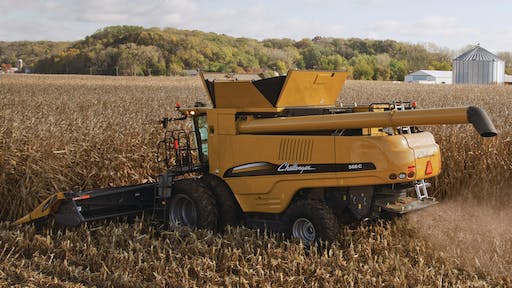 The new Farm Bill will provide funding in various formats for farmers, such as through crop insurance programs.

On February 6, the U.S. House of Representatives and the U.S. Senate passed the Agricultural Act of 2014, also known as the Farm Bill. A day later, President Obama signed the bill into law.

The goal of the bill—according to the House Committee on Agriculture’s website—is to reform agricultural policy, reduce the deficit and help grow the U.S. economy. The bill aims to achieve these goals by allocating $956 billion over the next five years to programs such as crop insurance, rural development, and trade and foreign agriculture. “American agriculture is a large part of our economy, and those directly and indirectly employed in the industry depend on the certainty of a long-term Farm Bill. I am pleased Congress took action to protect America's agriculture industry and U.S. jobs,” said Dennis Slater, President of the Association of Equipment Manufacturers (AEM, association information, 10093568), in a statement released shortly after the Farm Bill was passed (learn more, 11306375).

As part of the bill’s economic stimulus goals, funding has been earmarked for the advancement of clean energy products such as biofuels. In a press release from the Environmental and Energy Study Institute (EESI), Executive Director Carol Werner said the bioenergy funding mandated by the new Farm Bill “shows a widespread recognition in Congress of the value of renewable energy, biofuels and bio-based products that provide a more diverse agricultural sector in our economy; one that spurs local economic development and fosters a more diverse energy and fuels portfolio for the country; and one that promotes a healthier environment as well." (Learn more, 11354799.)

Funding biofuel research, production and use

Title IX-Energy of the Agriculture Act defines what constitutes a bio-based product—which now includes forest products and renewable chemicals such as polymers and plastics produced from renewable biomass—and stipulates where funding will be allocated.

Funding will be disbursed according to the following:

The Farm Bill’s Energy Title will help sustain and grow jobs by funding existing programs as well as offering the opportunity for new market segments to emerge through research and development funding. “The Senate’s…vote in favor of biomass is gratifying to our members and the more than 15,000 men and women who work in our facilities and rural communities across the nation,” said Bob Cleaves, President and CEO of the Biomass Power Association in a statement released after passage of the Farm Bill (learn more, 11306607).

Funding provided by the bill will help continue the industry’s progress towards developing more, cost-effective biofuels and other bio-based products that are beneficial to both consumers and the environment. And by enabling further research into various bio-based products, other industries—such as the heavy equipment market—will also be able to advance their efforts to create more efficient, environmentally friendly, and cost-effective products such as alternatively fueled vehicles.

Every five years, the U.S. government puts together a new farm bill which determines agricultural and food policy within the United States. Agriculture as well as other industries and programs under the jurisdiction of the United States Department of Agriculture (USDA) are all covered by the bill.

Agricultural research, trade, food and nutrition programs—such as food stamps—and rural development are just a few of the topics for which the bill creates policies.