Brexit and the Construction Market

What are the effects of Brexit on the local UK economy, construction market, and long-term potential effects for global investors? 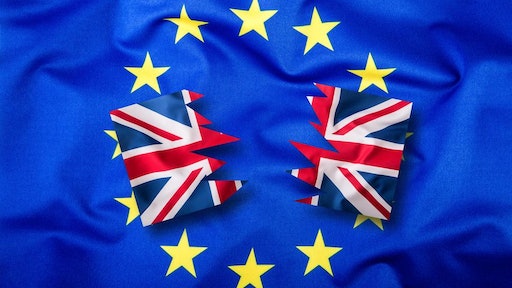 On June 23, the United Kingdom decided to leave the European Union (EU) citing migrant intake as the tipping point for the desire to exit—or Brexit as it has been popularly deemed. Truly, the Brexit decision was multiple issues compounded over years as Britain grew weary of supporting the weaker EU countries that were not reforming in a manner consistent with British priorities and ideals, according to ITR Economics.

Directly following the vote and the decision to leave the EU, several economists released statements about possible implications for the exit, but most noted that it would be two years before the split would be officially implemented, so direct economic effects would take a while before being tied to it.

Of course, there were immediate reactions to the decision to leave the EU, namely a significant drop in the financial market (the Dow dropped 611 points or 3.4% within the first 24 hours according to CNN Money) and a weakening of the British pound, dropping to its lowest level in over 30 years, not uncommon as panic and unease creates market volatility.

As The Economist has noted in its coverage of Brexit, many economic analyses are scraping together internet data that are released at a faster rate than official economic data that has a more significant lag for proper analysis. Economists that the OEM Off-Highway editorial staff has spoken to about Brexit have warned at reacting to hastily to market effects. In a statement released by ITR Economics, “BREXIT: Following Britain’s Vote,”

What we will do: ITR Economics will jump on the financial, consumption, production, sentiment, and leading indicator data as it comes out to determine if the initial negative financial reaction spreads beyond the probable initial wave of uncertainty. This will help us determine if there is any enduring change to the business cycle trends for the US, UK, and Euro Zone.

What we won’t do: We will not react to speculation about what the vote means. We will change our outlooks based on what the data tells us. This means we will be less likely to issue snap judgments in the coming weeks, but we will be more prone to calmly sharing our findings with you as we put the economic puzzle pieces together.

Specific to the construction market, Timetric released a white paper, “’Brexit’ and the Impact on Construction in the UK,” (download for free, 12238472). In it, the firm notes, “There is still a great deal of uncertainty as to what the full implications of ‘Brexit’ are for the UK’s construction industry, but the view from Timetric’s Construction Intelligence Center (CIC) is that there are major downside risks to growth, with little or no upside.”

The growth expectations for the UK construction industry in 2016 was revised down from 3.4% to 2.8%, and 2017 was revised even further down to only 1.5% growth from the previous 4% projection. The decline is representative of a decrease in investment as the UK government begins its two-year negotiation process to officially separate from the EU. “[The] negative impact on investor confidence stemming from the uncertainty over how the UK economy will perform outside of the single market will weigh heavily on the construction industry.”

Timetric plotted the UK Construction Output (real % change) for 2016-2020 with its initial forecast as of March 2016 versus the revised forecast after the Brexit decision. Download the white paper at oemoffhighway.com/12238472 to see the chart.

Another consideration for the UK Construction market post-Brexit is the potential for higher labor and material costs, as it is heavily reliant on foreign labor from within the EU due to the insufficient numbers of new and existing skilled domestic workers. The industry is also reliant on imports for most construction materials and equipment from EU countries, especially Germany, Sweden and Italy. Depending on how the trade agreements are negotiated between the UK and the EU, it could raise costs.

The future of the UK construction industry depends on how the UK economy performs over the next several years. Timetric is not currently forecasting that the UK economy will fall into a recession, but does foresee potential for a sharp deceleration in economic growth. Only time will tell as to the long-term effects of Brexit on the global construction market and the implication of foreign investment into the market while it is in flux.

The full white paper from Timetric can be downloaded at oemoffhighway.com/12238472. OEM Off-Highway advises its readers to investigate Brexit implications to their businesses through credible economic firms as opposed to mainstream media coverage that may be relying on short-term economic fluctuations versus analyzing long-term data sets.

OEM Off-Highway will continue to monitor the effects of Brexit on the UK and global economy and equipment markets through its several relationships with industry economists, most recently its agreement with ITR Economics to supply monthly market data and indicators, as well as in-depth market analysis.

If you are interested in receiving OEM Off-Highway’s Economic Outlook monthly eNewsletter, you can subscribe for free at oemoffhighway.com/subscribe.