Tailwinds Have Turned into Headwinds

Coming off the strong economic activity of 2018, trade and political uncertainties are causing slower growth for 2019 and 2020. 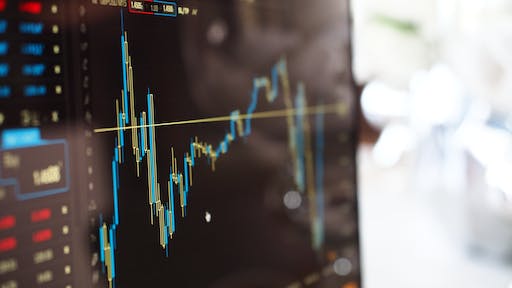 According to Jim Meil, Principal, Industry Analysis at ACT Research Co. LLC, current economic conditions have analysts both happy and worried. The number one reason being the fact that the expansion and recovery cycle which took place after the great recession in 2008 has matured.

“We're coming off a solid growth year in 2018,” he said during a recent National Fluid Power Assn. (NFPA) webinar. “But we've got a 2019 that has been hurt by some headwinds, particularly in the trade area where the prospect of the U.S./China trade war and trade tensions with other key global economic blocks has hurt business confidence, and has particularly been adverse for those machinery and capital good sectors that are so important for fluid power.”

After a strong growth trajectory in the manufacturing sector, over the last 6 months things have started to cool off, he said. This, among several other factors including trade tensions between the U.S. and other parts of the world, as well as interest rate increases from the U.S. Federal Reserve, have raised worries about a potential recession in 2020. He noted probability of it occurring being about a one in three chance.

Global economic growth in Europe, Japan and China has also begun to slow, which could also be a factor which has an effect on the potential for recession. Political uncertainties in various parts of the world—including the as-yet-unknown outcome of Brexit in the U.K.—could pose impactful, as well.

However, there are still positives including the job market, corporate profits and relatively good business and consumer confidence. Credit standards and availability are also still favorable, and important factors to consider when looking at economic conditions, Meil noted.

How the markets are trending

Market conditions vary by sector, though most manufacturing for the fluid power and heavy machinery industry have started seeing the slower growth trends previously noted. Overall, Meil said the upward momentum seen in the last 4-5 months seems to be flattening out.

ACT Research believes it is likely due to a mix of interest rate increases from the Federal Reserve and trade tensions keeping business leaders and investors on the sideline until a resolution or better clarity is determined. This includes trade negotiations with China and Europe, as well as whether or not the United States-Mexico-Canada Agreement (USMCA) will be passed by all three participating countries.

Read more about the USMCA, and the industry’s support for it in the article “Associations Urge Passage of USMCA.”

The Trump administration did recently announce its decision to end the Section 232 tariffs on steel and aluminum from Canada and Mexico, indicating a step in the right direction, said Dennis Slater, President of the Association of Equipment Manufacturers (AEM) in a statement released upon the announcement. However, as of the date this article was published, there has been no word on when Congress may take up the issue of approving the USMCA, still causing some market uncertainties.

However, on May 31 President Trump announced he would implement a 5% tariff on imports from Mexico starting June 10 until illegal immigration into the U.S. from Mexico stopped. Industry associations such as the Motor & Equipment Manufacturers Association (MEMA) spoke out on this, explaining this does not solve the immigration issue and that it only harms American businesses and consumers.

According to The Hill, the White House released a statement saying this new tariff will increase by 5% each month until it reaches 25% until Mexico stops the illegal immigration of its people into the U.S.

The construction equipment industry has seen much the same fate as the other manufacturing sectors in which it experienced a snappy recovery from 2009-2013, a mini recession followed by another recovery. The concern going forward now, both for U.S. domestic markets as well as key export markets relates to infrastructure, said Meil.

There is currently stagnation in the U.S. government when it comes to passing any infrastructure legislation, which relates to less spending on new equipment. The trade war with China also continues to present an issue for the industry, as most equipment is made with steel and other metals, causing manufacturers both sourcing and price concerns. A slower housing sector also poses a risk for the industry.

Meil noted that the heyday in terms of agricultural commodity prices—those seen about 6-7 years ago when corn, soybeans and wheat row crop prices all peaked out—is gone. Since then there’s been a bit of a fade due to global production and inventory accumulation. But in the last 6-8 quarters what’s been going on is the fallout effects with regard to the tariff and trade issues going on between the U.S. and China. “This has made for a very difficult environment for U.S. ag commodity prices, particularly for soybeans,” said Meil. 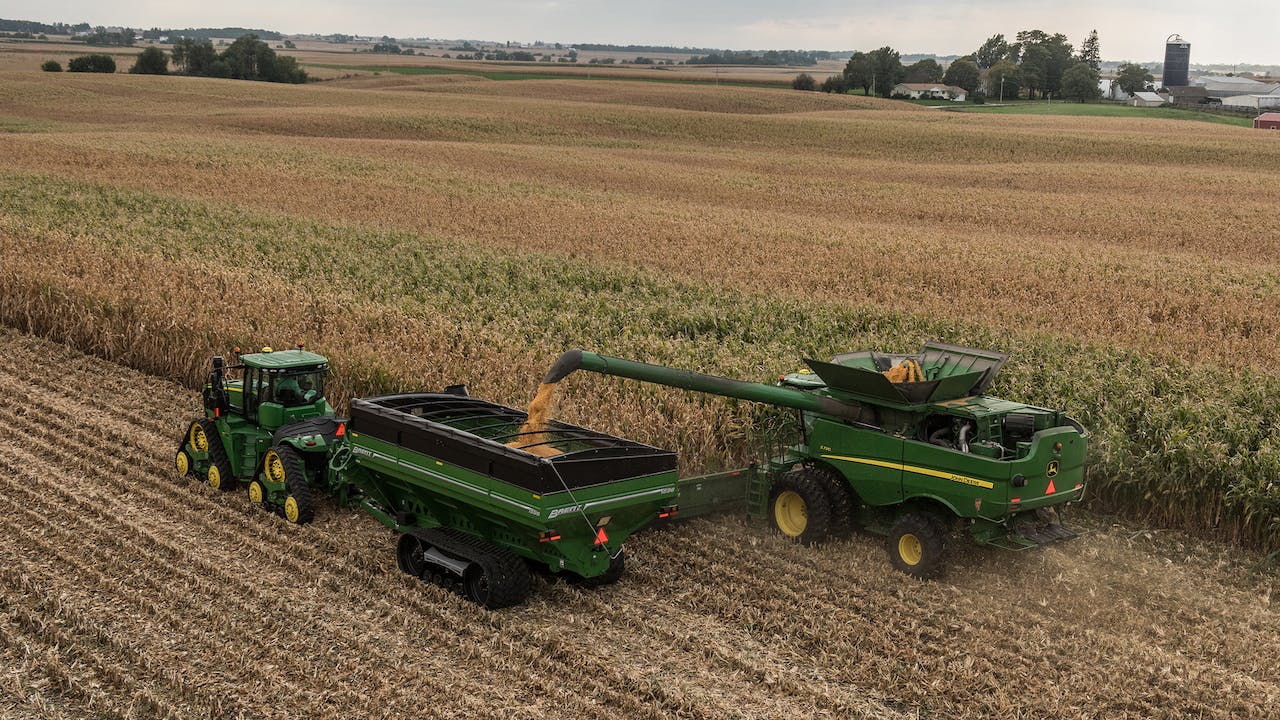 He said the sector is currently facing significant challenges and is expected to for the rest of 2019 unless there is a positive development in regard to the U.S. and China trade agreement. “That would lift the pressure from a beleaguered farm sector in the U.S. and North America.”

One manufacturer that has noted the effects of these issues is John Deere, which recently announced it would decreasing production of agricultural equipment at some of its facilities by up to 20% year over year beginning in the second half of 2019. Trade uncertainty and other factors which have impacted the industry, including a wet spring in much of the U.S. are among the reasons the company has stated for making this decision.

The North American Class 8 truck market is likely seeing a peak in activity right now, and 2019 should represent the high water mark in terms of production. Meil said it may turn out to have the second highest annual production and sales results over the course of a 30-year period of data collection.

However, as the industry climbs toward and reaches its peak in terms of production, it is also starting to see a decline in orders. By next year there will be a retrenchment and rectification of production activity.

For the medium-duty (Class 5-7) market, growth has not been spectacular, but it’s been a steady trend up. As with the material handling equipment market, medium-duty benefits from the growing e-commerce industry. Many retailers utilize these vehicles for regional distribution and last-mile delivery, ensuring the medium-duty truck market’s stability.

Meil said the rosy situation seen in late 2016 through 2017 and 2018 turned the corner and is moving south. Again, trade uncertainty is a big factor for this as it causes businesses to be more cautious with their spending and investment plans

Pneumatics have had a slightly better time of things, seeing a relatively flat trajectory after the growth of 2017 and 2018. Hydraulics, though, saw orders peak mid-2018 and have since then been on a downward trend.

Mobile hydraulics have seen much the same fate, with strong growth until the second half of 2018 when slowdowns began taking affect. Industrial hydraulics has also seen the same, though its downturn has not been as severe as that in the mobile hydraulics market. But like the other markets, is still headed in an adverse direction.

In early 2018, the North American and European markets were in neutral to above average territory according to the Manufacturers’ Purchasing Mangers Index. However, over the course of that summer a transition toward a slowdown began to occur. And in the latest month there have been indicators suggesting a manufacturing sector recession in Germany, said Meil.

The U.K. was about the only region showing positive numbers in March 2019, but that was likely due to inventory buildup associated with the uncertainty of a Brexit, he explained.

He went on to say the big picture takeaway is that after a strong start to 2018 and gradual slowdown, now we have a situation where key manufacturing economies are either at trend, or subpar with regard to how they stack up on growth trajectories relative to long-term trends.

China, meanwhile, has slowed down to a growth pace of 5%; 10 years ago it was at about 15%, indicating a slowdown in GDP and manufacturing. India has a lot of volatility. It had a strong growth rate for most of 2018, but has slowed to a flatline situation.

Meil said the bottom line is that he doesn’t believe there will be a recession in 2020 when looking at the overall U.S. economic outlook. While there are downtrends in many of the markets, including equipment spending, it has more to do with a correction to the strong tailwinds seen in the previous years in terms of positive economic growth triggered in part by tax reform and global growth, as well as deregulation and a capacity gap which has now been filled.

The big factor behind all of it, he said, is all the business confidence which translated into robust capital budget plans no longer exists to power things forward into 2019 and 2020. Unless the trade situation gets figured out and helps boost business confidence and spending.

As long as there is the shroud of trade uncertainty and an environment where businesses, particularly key capital spending businesses, don’t have a clear path going forward, we’re probably looking at single digit decline with regard to NFPA market prospects for 2019 and into 2020

“Quite simply, tailwinds have turned into headwinds,” he said. “That’s going to be a problem for as long as we have an uncertain trade situation and superimposing on that the political situation.”

However, he does not see us going into a recession in part because banks are still lending to both consumers and businesses, which is a positive indicator for the economy. “At least for right now, we think we're pretty safe with regard to credit standards and credit availability,” Meil said.

In summary, he says to watch the stock market, the used equipment market and bank lending for indicators for the future, as well as the trade and political situations. Likely we’ll dodge a 2020 recession, and odds are if we do economic expansion could go long term.

The companies plan is to install and operate at least 1,700 high-performance green energy charging points on and close to highways as well as at logistic and destination points within 5 years.
Volvo Group Global
January 3, 2022
Follow Us