The 2013 bauma event in Munich, Germany was a massive accomplishment for both the sheer numbers, as well as the exhaustive number of product launches and announcements. 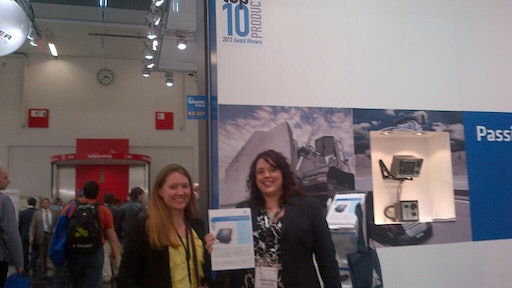 The stats released back up their claim. Over 200 countries were represented by the 530,000 estimated visitors to the show over the course of its 7 day stretch in Munich, Germany. Housing 3,420 exhibitors from 57 countries, the world's largest international construction show continued to deliver, featuring its highest ever proportion of international visitors.

Check out pictures from bauma on OEM Off-Highway's Facebook Page!

Michael Heidemann, Chairman of the Management Board of Zeppelin Baumaschinen GmbH, commented on the successful amount of orders placed at bauma 2013 compared to previous shows. "From the first day on, the booth of Zeppelin and Caterpillar was almost overrun with visitors. We have sold more machines at bauma 2013 than ever before and have set a new record." bauma was just as successful for XCMG, as its Vice President Yanmei Zhang reported, "XCMG solicited orders with a total value of over 10 million euros for its products which is around 120 units of machines. We had a good economic return on our investment in the show."