ZETOR has established a new partnership to manufacture tractors for the Russian market as part of the company's efforts to further expand its global presence. 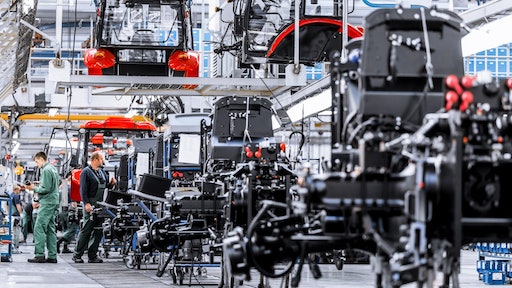 ZETOR TRACTORS a.s. is approaching a new partner on the supply and production of ZETOR tractors in Russia. There has been intensive negotiation going on about cooperation with Kovrov Electromechanical Plant (KEMP) Company from the Vladimir region east of Moscow, Russia. The negotiations involve supply of components of ZETOR tractors and subsequent assembly of tractors in the partner’s premises. Currently, the first components are being shipped to Russia; their assembly shall follow subsequently. Entering the Russian market is considered a milestone in the history of the brand.

Over 100 sets of ZETOR components of the FORTERRA 135 model range with emission standard Stage IIIA are going to be dispatched to Russia during this year. Final completion of the tractors shall be performed in the workshops of KEMP Company. The assembled tractors shall be sold in the Russian market under the mark ANT-ZETOR F4135. Customers shall receive the first tractors this year. For the future, supplies of tractor components designed for assembly by the partner company in Russia are being planned.

“Over the past decade, only several pieces of ZETOR tractors were exported to Russia. Therefore, we understand the current negotiations with a new Russian partner as a historic milestone of the ZETOR brand. Entering the Russian market is a promise of strengthening the position of the brand in an area with a strong potential and establishing our place on the market,” says Margaréta Víghová, Corporate Communications Director of ZETOR TRACTORS a.s. The future expects a possibility to supply further components to the company's Russian partner; most probably they are going to be engines and transmissions which, together with parts of KEMP Company, as well as local manufacturers, shall constitute the basis of tractors of local production.

“At the moment, the first dispatch is on its way to Russia. Then, we will assist our partner in setting up production processes and procedures on spot in order to maintain the high quality of assembled machines. Thus, for some time, our specialists are going to be present in Russia. It is necessary to stress that in no way this should mean a transfer of assembly or extending assembly halls of ZETOR TRACTORS a.s. Company out of Czech Republic,” says Víghová.

KEMP Company, the new Russian partner of ZETOR, specializes in the production of hydraulic systems and components, CNC machines, loaders and components designed for universal robotic units. Apart from homologation of machines produced in Russia, KEMP shall also secure all business and service matters related to ANT-ZETOR tractors. The production and assembly halls are located in the city of Kovrov, east of Moscow.

Tractors in Russia are going to be used in farming, on animal and plant farms, in road maintenance services and civil engineering.

Entering Russia is a continuation of the ZETOR brand’s extension to new markets. Over the past several months, ZETOR has announced the entrance into markets such as Iran, Myanmar, Israel, Zambia, and Russia. Negotiations are in progress also in other parts of Asia and Africa.

“Strategic sales areas of the ZETOR brand are located in western Europe and North America. In this case, we are striving to strengthen our positions, which is slowly happening despite the overall sales crisis in the area of farming machines which has been here for nearly 3 years. However, we can see the potential in new markets; therefore, we are happy to see positive acceptance of our tractors and positive approach of business partners towards finding different ways of cooperation mainly in markets where ZETOR was present in the past,” adds Víghová.