VDMA says incoming orders for construction equipment declined 26% in Germany from January to May 2020 due in part to impacts from COVID-19. 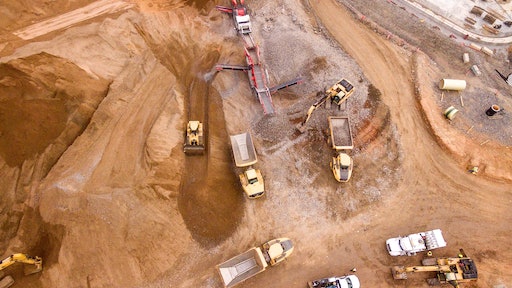 Between January and May 2020, the incoming orders of construction equipment manufacturers at production sites in Germany declined by 26% compared to the previous year. In the months of March to May, which were the most heavily affected by the COVID-19 crisis, incoming orders were 40% below the level of the previous year. As such, the industry primarily lived on order backlogs and sell-offs. One positive aspect is that projects were not cancelled, but rather delayed where this was necessary.

Machinery sales in Germany from January to May fell by 8% and were thus relatively stable, especially compared to the rest of Europe. The European market collapsed by more than a quarter during the same period. The figure for the German market will deteriorate further for 2020 as a whole but is currently not anticipated to fall significantly further than the economic downturn that would have been expected without the COVID-19 crisis. It is important to remember that 2019 was another boom year and that a normal cyclical downturn would have been expected for the industry.

For Europe, the industry anticipates a decline of approximately 25%. The United Kingdom, France and the Southern European construction equipment markets are particularly heavily affected by this. After 5 months, the global market has declined by 15%. A slight deterioration can be expected for 2020 as a whole.

China has recovered strongly following the crisis. Due to the importance of the Chinese market, the worldwide downturn is smaller than could be expected when observing certain regions: there are big question marks around North America, Latin America, India, South-East Asia and the Middle East.

Overall, global industry sales from German production are still expected to fall by 10-30% for 2020 as a whole.

The situation for plant engineering is rather different, as large projects often determine business. In most cases, these are large investments with a long lead time. As such, a lack of such investments will only become noticeable at the end of this year and during the course of 2021. Sales are expected to decline by around 20% this year. The uncertainty of clients is a significant factor here, with their liquidity playing a more minor role.

Despite this, hopes and expectations have risen upon the end of the strict lockdown. According to the latest VDMA COVID-19 survey, 31% of trade association members still believe that they will return to the sales level of 2019 by 2021. Another 47% estimate that this will be possible by 2022. Nobody believes that it will take longer than 4 years for the industry to recover.

Disruptions in the supply chain had already ceased to play a significant role in June, while 88% of survey respondents reported that the adverse effects were either minor or non-existent.

A similar trend is indicated by the CECE Business Climate Index, the most important early indicator of the European construction equipment industry. After manufacturers’ confidence initially collapsed all over Europe, there was a noticeable recovery in June, albeit far below the level of the beginning of the year. The optimism of a V-shaped recovery is being driven by economic stimulus programmes, from which the industry will benefit.

Topics for the future

Companies are already addressing the challenges of the post-coronavirus era. One concern is the increasing competitive pressure: 80% of companies participating in the VDMA flash survey classify this trend as severe or noticeable. More than half see barriers to foreign trade and the fragmentation of the markets as a problem, while 49% see climate change and the associated transition to greener energies and decarbonization as a difficult task. Only 39% view the switch to environmentally friendly transport as a challenge.

Future topics for the industry include digitalization, the autonomous construction site, sustainability and progressive construction, as well as climate change and all of its facets. Furthermore, technology and connectivity on construction sites will increase, which will have an impact on existing professions – another challenge.

Equipment Manufacturers Continue to Face Significant Challenges due to COVID