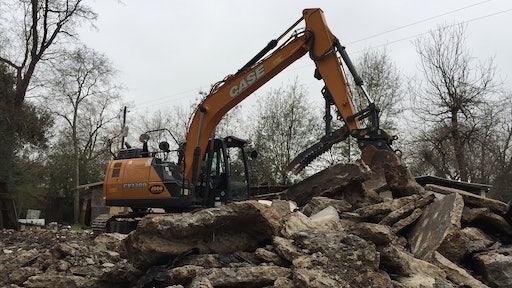 CASE Construction Equipment dealer ASCO recently provided a TR310 compact track loader and CX130D excavator to disaster recovery nonprofits Team Rubicon and project leader SBP. The equipment was used for demolition work before SBP could rebuild a Houston home that first was burnt to the ground then flooded during Hurricane Harvey.

Asha Ramraj and her husband first purchased the home in 2002. Together with their children, the Ramraj’s worked on making it a home. Years later, in 2015 the home burned to the ground, leaving only the laundry room intact. Ramraj’s husband passed away shortly after, leaving her alone to shoulder the burden of rebuilding while she lived in what remained of her home. Then in 2017, what was left of the Ramraj’s home was flooded during Hurricane Harvey. 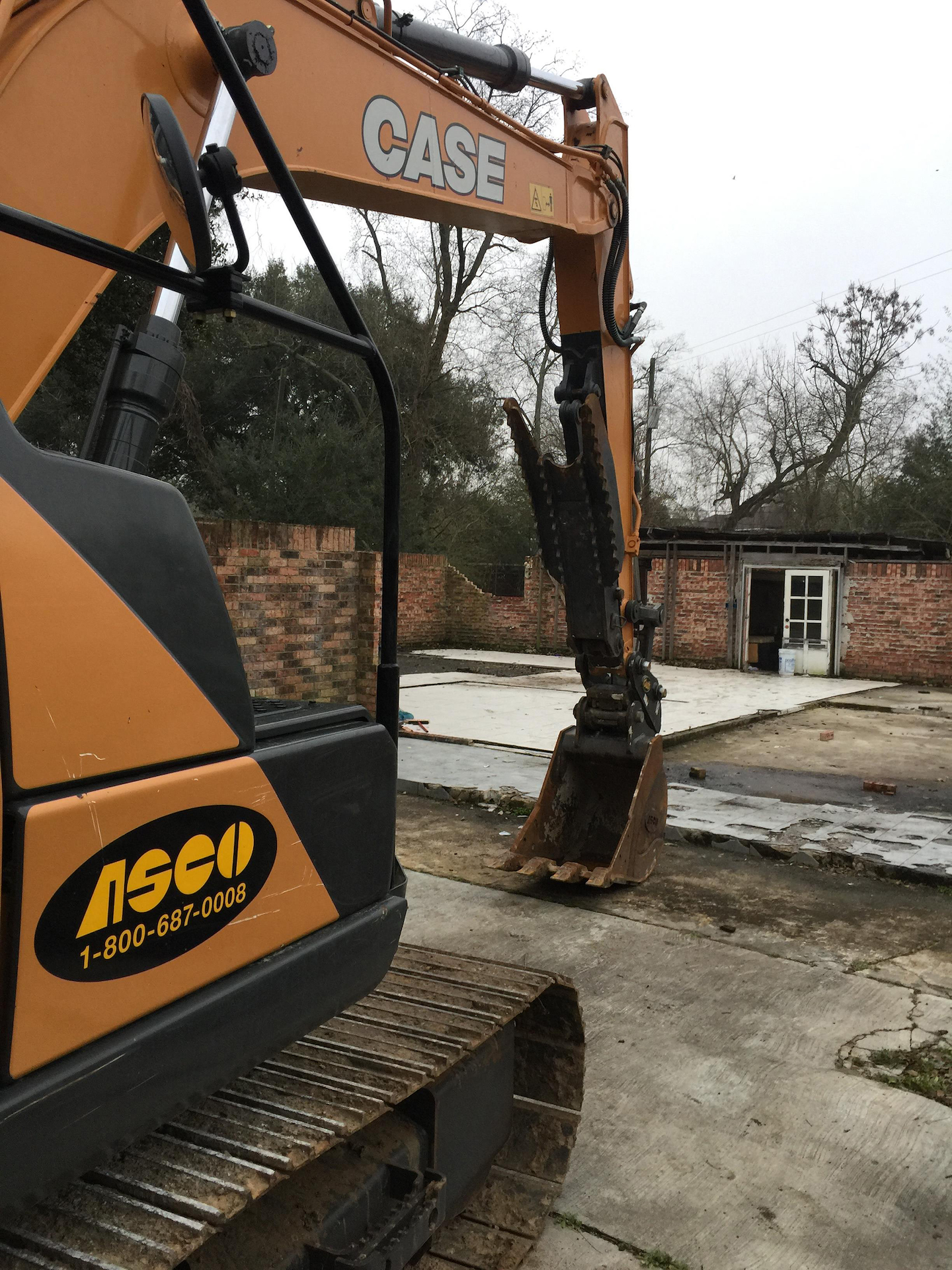 “CASE Construction and ASCO were eager to work with Team Rubicon to support SBP in helping get this home rebuild off to a good start in any way we could,” says Michel Marchand, Vice President – North America, CASE Construction Equipment. “The resiliency of Ms. Ramraj in the face of continued hardship is truly incredible, and ASCO was ready to help immediately.”

Team Rubicon collaborated with SBP, another disaster recovery nonprofit, with the demolition of the home, which would have set back SBP’s budget considerably. SBP plans to complete construction of the home in the coming months.

“Here was this insanely resilient woman who had been through so much,” says Cli Roberts, Executive Director of SBP’s Houston operation. “We desperately wanted to help her get her home back. I don’t know how we would have could have done it without help from Team Rubicon, CASE and ASCO.”

Despite the declines in sales due to the COVID-19 pandemic, demand is set to regain traction and expand over the next decade, says Fact.MR.
September 30, 2020

AEM President Dennis Slater says the industry is encouraged by the Continuing Resolution for FY2021 which includes a 1-year extension for transportation funding.
Association of Equipment Manufacturers (AEM)
September 21, 2020

Construction equipment manufacturers who embrace and utilize new technologies and trends in the right way will benefit most in the future.
September 21, 2020

Volvo CE is updating its mid-size and large wheel loaders with machine and software features that improve productivity and performance for customers.
Volvo Construction Equipment
September 10, 2020

Global Market Insights says the crane rental market will reach a value of $16.5 billion due to continued infrastructure investments around the world.
August 18, 2020

“In order to build tomorrow, that means having a good sense of what tomorrow may look like,” says Stephen Roy, Senior Vice President for the Americas, Volvo CE.
Volvo Construction Equipment
August 11, 2020

CECE is calling on national authorities to consult representatives of the business sectors to determine the most effective ways and systems to support and relaunch European economies and industries.
August 10, 2020

CECE reports its July 2020 Business Climate Index shows continuing challenges for manufacturers due to COVID-19, but there is a positive trend seen for 2021.
July 29, 2020

Organizers of the event have decided to postpone the event due to continued escalation of the COVID pandemic and India's current travel restrictions.
July 28, 2020

Global Market Insights projects the construction equipment market will reach a value of $160 billion by 2026 due to investment in mining and infrastructure projects.
July 23, 2020

Distribution, digitization and electrification are expected to be the key drivers of the construction equipment industry in the coming years.
July 21, 2020

VDMA says incoming orders for construction equipment declined 26% in Germany from January to May 2020 due in part to impacts from COVID-19.
July 20, 2020

Global Construction Markets Slowing due to Impacts of COVID

GlobalData reports many global construction markets will see slower growth in 2020 due to measures put in place to slow the spread of COVID-19.
Sara Jensen
July 14, 2020

Donation of the skid steer will aid with the productivity Habitat for Humanity projects, especially now that the amount of volunteers on a job site are limited due to COVID-19 safety mesures.
Case Construction Equipment
July 10, 2020

Industry veteran Alan Berger provides insights into the growth of construction equipment manufacturers in China, India and other Eastern markets.
June 26, 2020
Follow Us