A New Era of Mining Dawns 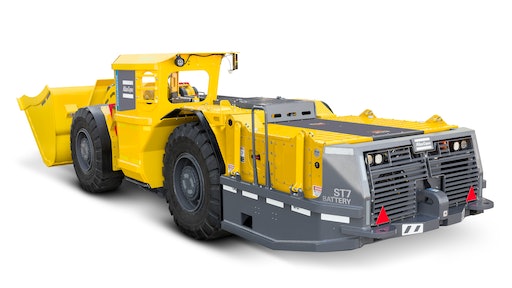 Even though the overall mining equipment industry was gutted in the global recession, at MINExpo 2016 there were signs that the worst was over. Several OEMs used MINExpo 2016 to showcase the destined direction of the mining industry—electrification, battery-power and advanced on-board technologies.

What the mining industry professionals realized was that the mining industry was never coming back the way it was, and in order to participate in the re-emerging industry, vehicles had to be extremely efficient, productive and cost effective. This was no secret that the industry needed to head in this direction, as the rest of the heavy-duty vehicle markets are, but the recession created a situation where if an OEM wasn’t already investing or participating, it was now or never to survive.

Not to mention, stringent government regulations in places like the U.S., Europe and Japan are forcing mine operators to deploy advanced machines to reduce emissions and comply with safety regulations.

And the story of the global mining equipment market’s growth trajectory is again and again corroborated by market researchers that smart mining solutions like data services and real-time monitoring, as well as clean power sources are key to reaching growth estimations in subsequent years. Grand View Research, for example, claims the transition to innovative and economical open pit mining is expected to propel mining equipment demand through 2025.

“The increasing trend of investing in renewable installations and deploying innovative technologies is driving the growth of automated exploration equipment and processes for optimizing energy consumption. Several new technologies, such as genomic solutions and machine learning for reducing labor costs, collecting data, and sharing through cloud-based networks, are creating a high potential for a positive shift in the adoption of this equipment,” says Grand View Research.

The long-term view for open cast mines, for example, is a permanent shift away from diesel fuel reliance (since the remote locations of mines inhibit affordable diesel) and instead an all-electric solution with 350 kW haul trucks and electric conveyors. In a perfect world, a mine site would be self-sustaining and produce its own electricity from wind turbines and photovoltaics.

According to a market report published by Credence Research Inc., “Surface Mining Equipment Market - Growth, Share, Opportunities, Competitive Analysis, and Forecast 2016 - 2022,” the global surface mining equipment market is predicted to witness significant growth reaching $29.5 billion by 2022. The improving economic conditions and rising demand for metal and minerals alongside the steadily growing population around the world contributes to this positive industry outlook. Coal limitations will negatively impact the strip mining subset of the surface mining industry, while open pit mining where copper and diamonds are unearthed will be a bright spot.

The report states, “Drilling, loading and hauling equipment are also expected to witness considerable growth with growing mining activities in emerging economies.” Areas like Latin America, China, India and Africa are expected to see considerable growth through 2022, with Asia Pacific maintaining its dominance in the mining market. North America and Europe will also see growth, more so due to outdated machinery replacement demands and advanced technology expectations.

Back in October, Atlas Copco announced its focus would be on zero-emission and battery-driven machinery. “Our customers’ future is electric,” said Andreas Nordbrandt, President of Atlas Copco Underground Rock Excavation Division. “It's high time to look forward and leave fossil fuels behind.

“Electric and battery-powered vehicles [are] the future in underground mining,” Nordbrandt said. “Besides the lower running cost of the machines themselves, there are considerable savings to be had in ventilation and cooling. But most importantly, electric machines contribute to a safer and healthier work environment for miners everywhere.”

ReportsnReports, a market research firm, released its “Underground Mining Equipment Market” report and concluded the mining segment will see a compound annual growth rate (CAGR) of 4.29% through 2021. The firm attributes the foreseen growth in underground mining equipment, in part, to evolving technology such as performance and remote monitoring.

The other factor is a stabilizing of industrial commodity prices. According to the World Bank reports, crude oil prices are forecast to reach above the $60/barrel mark in 2018. This price recovery, coupled with concerted efforts of the Organization of the Petroleum Exporting Countries (OPEC) and non-OPEC states will allow crude oil prices to stabilize gradually. This increase in oil prices is expected to increase the prices of energy commodities, such as coal and natural gas. The demand for coal is expected to rise, especially in China, which consumes half of the global coal output.

So, while the climb out of despondency for the mining industry may have been painfully slow, its opportunity for growth and success is an exciting endeavor of technological investment coupled with improving demand for materials and resources around the world.