Atlas Copco has named five of the management team members for Epiroc, the company that will be dividend out. 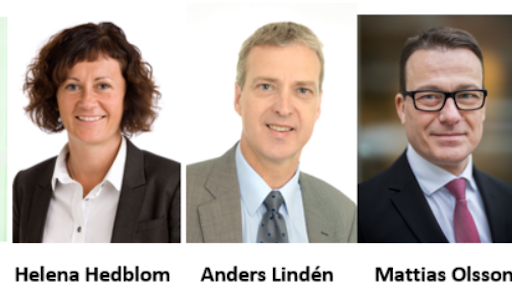 Atlas Copco has completed the recruitment of the management team for Epiroc AB. Including the previously appointed President and CEO Per Lindberg, it has five positions. The management team will be in place latest in the first quarter of 2018, subject to resignation periods.

The five members of Epiroc’s management team will be:

On July 18, 2017, Atlas Copco announced that Lindberg has been appointed President and CEO of Epiroc, the company Atlas Copco plans to dividend out in 2018. Lindberg is currently the President and CEO of BillerudKorsnäs AB, a leading supplier of renewable packaging materials and solutions. Lindberg’s mission will be to position Epiroc as a leading productivity partner for customers in mining, infrastructure and natural resources, and to further develop and grow the Epiroc business.

The four other members of the Epiroc management team will be:

Helena Hedblom, Senior Executive Vice President Mining and Infrastructure of Epiroc. Hedblom is currently Senior Executive Vice President of Atlas Copco’s Mining and Rock Excavation Technique business area. Her role at Epiroc will be to run the Mining and Infrastructure business area with seven division presidents reporting directly to her. Hedblom began her Atlas Copco career in 2000 and has had several roles within research and development, as General Manager for the product company Secoroc and later as President of the Rock Drilling Tools division. She is a Swedish citizen, born in 1973. Hedblom holds a Master of Science in Material Technology from the Royal Institute of Technology, Stockholm, Sweden.

Anders Lindén, Senior Vice President Controlling and Finance (CFO) of Epiroc, is currently Vice President Business Control for Atlas Copco’s Mining and Rock Excavation Technique business area. In his new role, he will lead the business controlling, finance and IS/IT of Epiroc. Lindén has a broad international experience from business controlling, financial management and IS/IT including 6 years as Chief Financial Officer for then-listed e-learning company Enlight AB. He is a Swedish citizen born in 1962. Lindén has a Bachelor of Science in Economics and Business Administration from the Stockholm School of Economics, Sweden.

Mattias Olsson, Senior Vice President Corporate Communications of Epiroc, currently holds the position as Head of Investor Relations at Assa Abloy, a global leader in door opening solutions. In his new role he will be in charge of media, investor and public relations as well as corporate responsibility communications. Olsson is a former Atlas Copco employee and has been working with marketing of mining equipment, controlling and as Vice President Investor Relations. Olsson, born 1968, is a Swedish citizen. He has a Master of Business Administration from the University of Linköping, Sweden.

Jörgen Ekelöw, Senior Vice President General Counsel of Epiroc, currently holds a position as General Counsel M&A and Global Projects at Atlas Copco. In the new role, he will be in charge of all legal matters including compliance with the Epiroc Code of Conduct. Ekelöw first began his Atlas Copco career in 1987. Since then he has held various in-house legal positions both in Atlas Copco and in listed international groups Skanska, a project development and construction group, and Autoliv, a supplier of safety systems for cars. Ekelöw is a Swedish citizen, born in 1955. He holds a Master of Law from Lund University, Sweden.

Epiroc AB is a fully-owned subsidiary of Atlas Copco AB. The decision whether to dividend out Epiroc will be taken at the Annual General Meeting in April 2018. Provided shareholders agree, Atlas Copco will stay focused on industrial customers, and Epiroc, the company to be dividended out, will be a leading productivity partner for customers in mining, infrastructure and natural resources.

Over the past 6 years the Caterpillar autonomous fleet of Cat 789D, 793D, 793F and 797F mine trucks have achieved a milestone of 2 billion tonnes of material hauled.
Caterpillar Inc.
April 30, 2020

Mining Industry Continues to Focus on Technology and Reducing Emissions

IMDEX says investments in technology and mitigating environmental impact will continue to be among the key trends in the mining industry.
April 30, 2020

MINExpo International 2020 Explores Every Level of Equipment and Technology

Beyond equipment, MINExpo is also a place to discover software and solutions that digitize the back office, increase productivity, improve health and safety, advance environmental protection, and boost profitability.
March 3, 2020

The MAXAM MINING GROUP will be focused on the Open Pit Mining segment.
MAXAM Tire
February 4, 2020

Demand for autonomous trucks in the logistics industry is anticipated to outpace that of the mining industry says a new report from Transparency Market Research.
ACBM Editorial Staff
December 11, 2019

Epiroc Names Next President and CEO

Scania Collaborating with Navistar on Mining Vehicles for Canada

The companies will provide a number of Scania heavy-duty off-road trucks for use in Canadian mining applications.
Scania AB
November 1, 2019

Anglo American is partnering with ENGIE to convert a mine haul truck to hydrogen power as part of its sustainability efforts.
ACBM Editorial Staff
October 14, 2019

Epiroc's automation solutions for remote drilling have improved output of the machines at one mine by 20%.
Epiroc
October 11, 2019

Epiroc will expand and consolidate its production capacity utilized by the Surface and Exploration Drilling division, and strengthen production efficiency.
Epiroc
August 23, 2019

The truck is equipped with a Cat C175-16 diesel engine and has demonstrated up to 5.6% less diesel fuel burn in some applications.
Caterpillar Inc.
July 10, 2019