China is building a solar panelled roadway aimed at providing the ability to wirelessly charge vehicle. 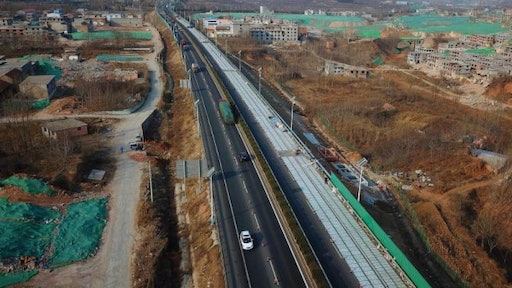 China is building roadways with solar panels underneath it, that could have the ability to charge vehicles wirelessly.

The project is part of the Jinan City Expressway (a 1.2 mile stretch), which involves installing transparent concrete over a layer of solar panels. The solar highway is formed with three layers. The top layer is a transparent concrete that has similar structural properties with standard asphalt. The central layer is the solar panels and the bottom layer is to separate the solar panels from the damp earth underneath. The road will be durable enough to handle vehicles as large as a medium sized truck.