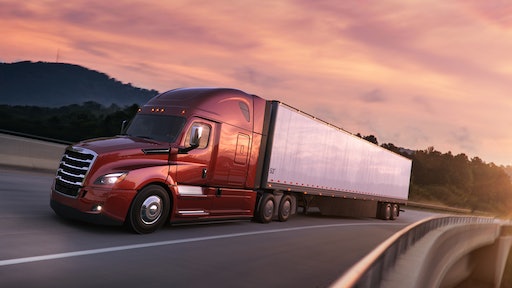 Final order numbers from both organizations will be available later in the month.

FTR says large fleets continue to buy new trucks according to their replacement cycles, with a few orders going towards expansion purposes. Orders are expected to stay in the 20,000 range for the next few months with buyer confidence increasing as the economy recovers and freight volumes rise. There is less uncertainty regarding the pandemic as businesses and consumers adapt to the current environment.

Don Ake, FTR Vice President Commercial Vehicles, comments, “This is another positive sign for Class 8 trucks – the second consecutive 20,000-unit month and proves that the July total was not a fluke, with a possible trend developing. Fleets are more confident, but it still is mostly larger fleets purchasing replacement trucks. Medium-sized and smaller fleets remain cautious about ordering trucks.

“This is an odd situation in that it is a highly uncertain, yet very stable, environment. You have a pandemic, a presidential campaign, and social unrest all occurring at the same time. However, the economy is briskly recovering and generating ample freight. Fleets are ordering only what they need, and thus, orders are aligning very close to production rates.

“We can expect orders to track in the current range until those risk factors are resolved. Right now, the market is in a holding pattern and may stay there through the rest of the year,” concludes Ake.

“Preliminary data show that August orders for medium- and heavy-duty vehicles jumped to an 8-month high,” says Kenny Vieth, ACT’s President and Senior Analyst. He continues, “That volume represented a 5% gain from July and a 26% improvement compared to year-ago August.

“The month’s orders marked a third consecutive positive reading, following a period where 18 of 19 consecutive months had negative year-over-year comparisons.”

Relating these facts to the North American heavy-duty market, Vieth says, “Considerable parked Class 8 tractor capacity, generous unemployment benefits, and consumers spending more on goods and less on experiences has created a perfect storm for carrier profits over the past several months. That convergence of positive factors pushed spot freight rates to record highs in August, and the rally in rates is reflected in the sustained rebound in new medium- and heavy-duty commercial vehicle demand.”

Regarding the medium-duty market, Vieth comments, “While still not cracking year-ago order levels, the medium duty market is competing against tougher year-ago comparisons than the Class 8 market, but Classes 5-7 order levels remained healthy in August.”