ACEA reports the Central European countries drove much of the commercial vehicle demand in February 2021. 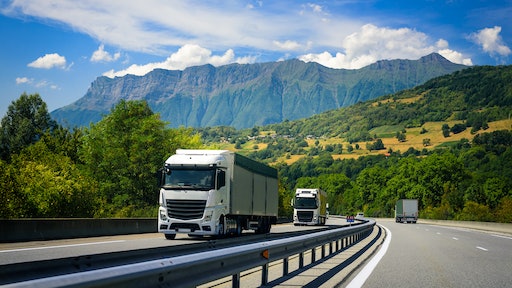 The European Automobile Manufacturers' Association (ACEA) announces that in February 2021, new commercial vehicle registrations in the European Union increased by 1.2% to 156,444 units.

With the exception of buses and coaches, all vehicle segments made a positive contribution to last month’s growth. Demand was largely driven by the Central European countries (+17.2%), given that registrations in all key Western European markets − except for Italy (+10.1%) − contracted in February.

From January to February, registrations of light commercial vehicles fell by 3.6% across the European Union. Looking at the four largest EU markets, Spain (-24.0%) and Germany (-10.4%) faced the steepest drops in demand for new vans. On the other hand, Italy (+1.4%) and France (+0.6%) managed to post modest growth so far in 2021.

Last month, 19,630 new heavy commercial vehicles were registered across the EU, a year-on-year rise of 8.8%. Central Europe provided a strong boost to this growth (36.0%), with Poland – one of the leading markets in volume terms – posting a 51.3% increase in heavy-truck registrations. Except for France (-10.2%), the biggest markets in Western Europe also made a sizeable contribution to the region’s positive performance: Italy (+15.8%), Spain (+9.7%) and Germany (+4.2%).

Over the first 2 months of 2021, registrations of heavy commercial vehicles increased by 2.0% in the European Union. Results were diverse among the four major EU markets, with Italy posting growth (+11.7%) while France performed worse than the year before (-9.0%). At the same time, heavy-trucks registrations in Spain (-0.4%) and Germany (-0.8%) remained stable compared to 2020 levels.