FTR reports Class 8 net orders for North America in December were about 40,000 for the third month in a row. 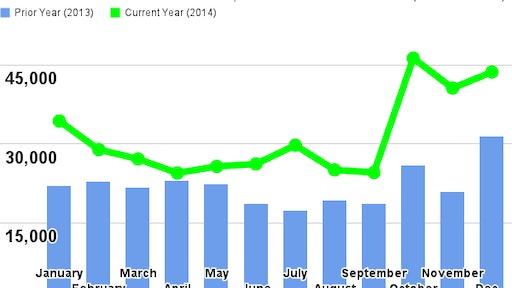 Don Ake, FTR Vice President of Commercial Vehicles, comments, “The market momentum is now feeding on itself with orders once again exceeding expectations in December. Reports are that more than 75% of the larger fleets have their 2015 orders booked. One OEM reportedly has lead times for volume orders out to July. With build slots at a premium, fleets have accelerated orders for 2015 requirements to reserve their places for future deliveries. Some of these orders will inevitably be moved out or even cancelled, but for now the industry is very bullish on the 2015 truck market.”

Final data for December will be available from FTR later in the month as part of its North American Commercial Truck & Trailer Outlook service.