As it continues to grow its presence in the global market, MacLean Engineering has emphasized its commitment to continue operations in the communities in which it's based. 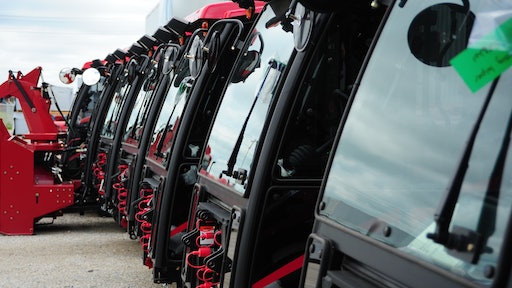 MacLean Engineering is living proof that local manufacturing can compete on a global scale. The company recently secured the sale of a fleet of its specialty municipal vehicles (MVs) to the City of Milwaukee, owner of one of the largest contingents of municipal vehicles in the United States.

MacLean’s Municipal Vehicles division was formed in 2008, building on the engineering and manufacturing expertise the company had developed over decades of designing underground mining equipment for the global hard rock industry. Within three years of their market introduction, MacLean municipal vehicles were being used by municipalities across North America, and a dealer network was in place to support them.

In 2014, after a multi-year R&D and sector consultation effort, the company unveiled the next generation of municipal vehicles with the MacLean MV4, a machine that delivers optimal, all-season performance along with leading-edge driver ergonomics and emissions technology.

“We have been manufacturing and marketing specialized mobile equipment out of our base in the southern Georgian Bay area since the early 1970s,” notes company founder and Chairman Don MacLean. “Between our three offices in Owen Sound, Collingwood and Barrie, we now employ some 400 skilled trades and professionals who create the equipment solutions for our customers in the mining, municipal, environmental and industrial goods sectors.”

“Although the pressures around maintaining international competitiveness change every day, we continue to see Simcoe and Grey Counties as an important geographic asset in our sales growth strategy,” adds MacLean Engineering President, Kevin MacLean. “Our first 40 years showed that local manufacturing not only has a place on the global stage, in fact it’s a key driver for the innovation that is the cornerstone of our business - this is how we will write the next chapters of the MacLean story.”