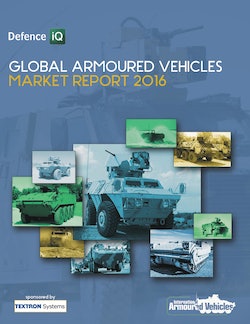 Confidence in the global armoured vehicle market is at a five-year high. Underpinned by steadily rising defence budgets, new contract opportunities and recent big ticket government investments, respondents to a survey for Defence IQ’s 5th annual Global Armoured Vehicles Market Report revealed a generally positive outlook for the next decade. While confidence in the South American market wilted somewhat, the other burgeoning defence markets – the Middle East, Africa, and Asia-Pacific – offset this decline and was further consolidated by the muted yet robust response in Europe. It was the reinvigorated North American market though, which recovered from a miserable indictment in last year’s report where insecurity tripled over a 12 month period, that ultimately fortified opinion with 43% indicating they were ‘very confident’ in the future of the global market.