Reacting to economic uncertainty, many machine builders chose to buy less expensive terminals in an effort to reduce expenditures.

After two years of strong double-digit growth, global operator terminal revenue in 2012 shrank by 3.3% to $2.2 billion according to IHS Inc.

The decline was largely due to the selling price of operator terminals falling by an average of 4% in 2012, according to a new report from IMS Research, now part of IHS Inc. Reacting to economic uncertainty, many machine builders chose to buy less expensive terminals in an effort to reduce expenditures. A relatively strong business in the Americas bucked global trends, as the market shrank in other regions.

This was particularly true in Asia-Pacific, where average selling prices fell by more than 7.5%. Combined with falling unit shipments, this led to revenue declining by nearly 10% in 2012, contrasting with the strong double-digit growth of the past two years. The retreat this year was primarily driven by the lower growth rate of machinery production. Even China has suffered, as low demand from Europe has affected exports, and uncertainty over changes to the political environment negatively impacted investment.

In Europe, relatively strong investment in manufacturing in Germany and the northern part of the continent mitigated some of the negative impact arising from the area’s continuing economic problems, even though southern Europe remains weak. And despite a slight increase in the number of operator terminal units sold in 2012, overall revenue slipped due to falling prices. Some of the price decreases were also due to declines in the value of the euro, rather than from the anemic movement of the market. The picture improves this year, however, with revenue forecast to grow in 2013 and more than recouping the losses of 2012.

The Americas market, in contrast, has benefitted from a relatively stable economy. Growth of operator terminal revenue in the United States during 2012 was slow but stable, and greater consumer confidence led to more willingness in the region to invest in higher-end terminals. As a result, operator terminal revenue from the Americas grew 8% last year.

The global outlook for the operator terminal business moving forward is positive, and many of the fundamentals of the market remain strong. For one, machinery production continued to grow in 2012 even if operator terminal sales faltered.  And as economic stability improves throughout the world, many machine builders and end users will have greater willingness to invest in more expensive, higher-end operator terminals.

“Operator terminal revenues from many important sectors, such as food and beverage machinery, as well as in packaging machinery, are forecast to perform strongly in 2013,” says George Dickinson, human-machine interface analyst at IHS. “Such a development will lead to investment in new plants and machinery in these industries, which will benefit the operator terminal market.”

Supported by a stabilizing global economy and steady growth in Asia, global operator terminal sales revenues in 2013 are forecast to grow to $2.3 billion, up 5.4% from 2012 and erasing the revenue losses suffered in 2012. As the figure shows, revenue growth is forecast to continue as operator terminal average prices decline more slowly. A stabilizing global economy, along with products incorporating new functionality and technology, will lead machine builders and end users to invest more on terminals, with the market moving back to terminals bearing greater functionality and higher prices. 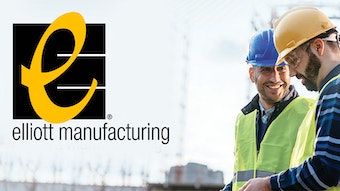 Elliott flexible shafts efficiently and reliably transmit power to a driven element that must move during operation, even around corners or into machines. Contact us now to learn more.
November 2, 2020
Latest

The IVECO FIT CAB includes devices for improving the driver’s mobility and overall fitness while the MAGIRUS is a reinterpretation of the original brand.
Iveco
July 3, 2019

Elliott flexible shafts efficiently and reliably transmit power to a driven element that must move during operation, even around corners or into machines. Contact us now to learn more.
November 2, 2020
Cab System