The cabless Scania AXL is steered and monitored by an intelligent control environment. 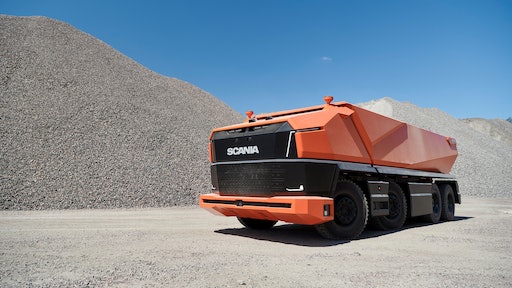 Scania introduces the latest member of its autonomous family: Scania AXL, a fully autonomous concept truck, without a cab.

In what is another milestone in the development of heavy self-driving vehicles, a group of Scania experts in different fields have teamed up and developed a concept truck, which, even without the cab, has the company’s modular system at the heart of the design. 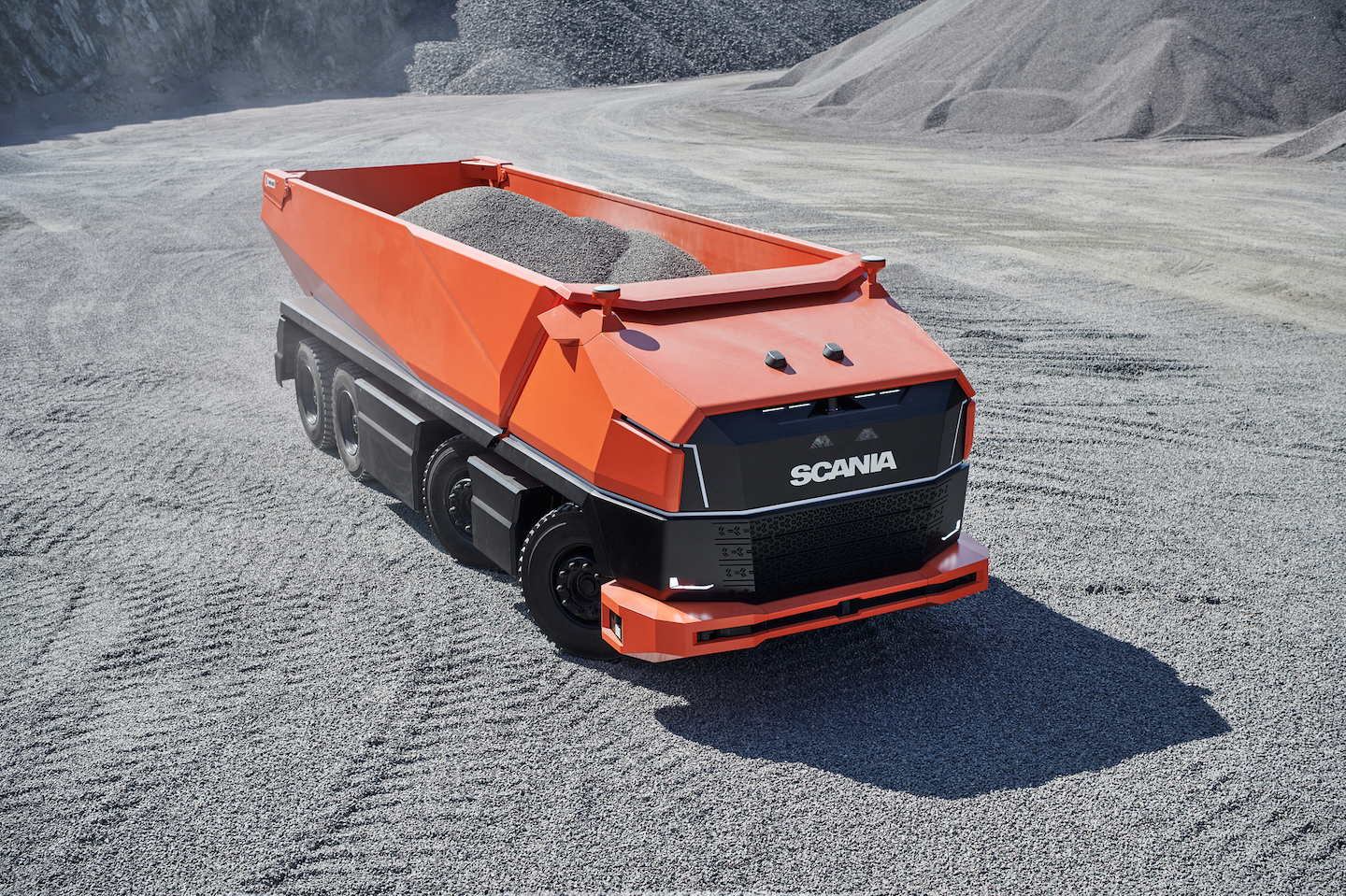 As different industries look to streamline transport assignments and make them more sustainable, self-driving vehicles are increasingly being considered. Mines and large closed construction sites are examples of environments that are favorable for self-driving pilots since they are well-controlled locations.

“With the Scania AXL concept truck, we are taking a significant step towards the smart transport systems of the future, where self-driving vehicles will play a natural part,” says Scania’s President and CEO Henrik Henriksson. “We continue to build and pilot concepts to demonstrate what we can do with the technology that is available today.”

For autonomous vehicles, software is in many ways more important than hardware. Scania AXL is steered and monitored by an intelligent control environment. In mines, for example, the autonomous operations are facilitated by a logistics system that tells the vehicle how it should perform.

“We already have self-driving trucks in customer operations. However so far, they have been with room for a safety driver who can intervene if necessary. Scania AXL does not have a cab and that changes the game significantly,” says Claes Erixon, Head of Research and Development at Scania. “The development in self-driving vehicles has made great strides in the past years. We still don’t have all the answers, but through concept vehicles like Scania AXL we break new ground and continue to learn at great speed.” 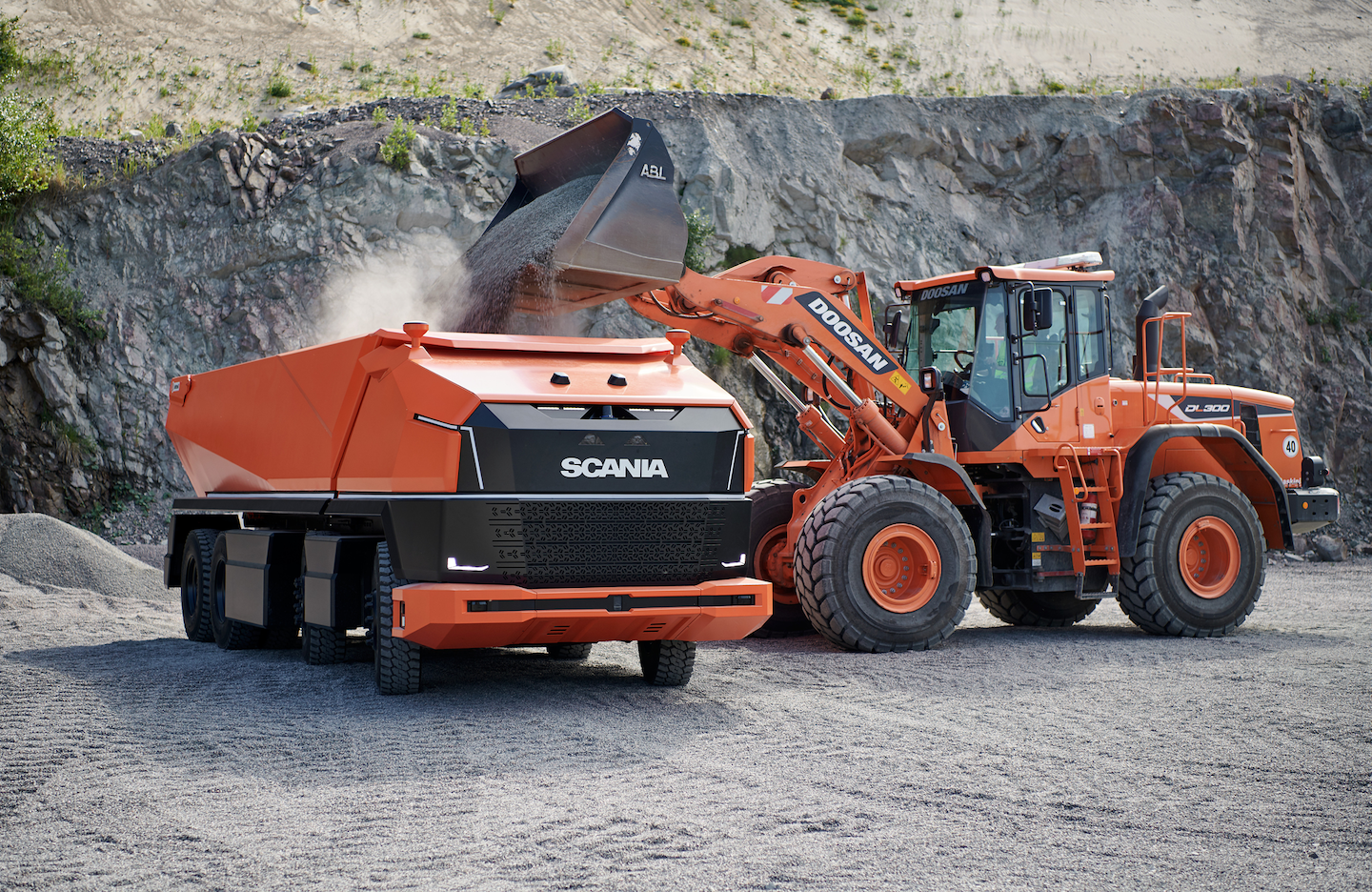 Komatsu has also developed a cabless autonomous vehicle for use in mining operations. The cabless haul truck is currently undergoing testing at its proving grounds.

The combustion engine that powers the concept vehicle is an example of how traditional and new technology is mixed. It is advantageously powered by renewable biofuel.The robust and powerful features and design behind Scania AXL match the tougher environments in mines and large construction sites. A new intelligent front module replaces the traditional cab, but even without a cab the concept is easily recognizable as a Scania.

The robust and powerful features and design behind Scania AXL match the tougher environments in mines and large construction sites. A new intelligent front module replaces the traditional cab, but even without a cab the concept is easily recognisable as a Scania.

The new Class 5-8 medium-duty trucks were designed from the ground up with larger operator cabs and a new transmission to improve customer operations.
Curt Bennink
April 6, 2021
Follow Us