CECE says it is glad amendments calling for inclusion of construction machinery into the scope of the Clean Vehicles Directive were rejected. 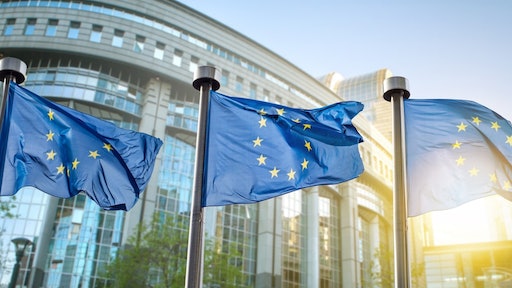 On October 10, the European Parliament Environment Committee voted on the proposal to amend Directive 2009/33/EU on the promotion of clean and energy-efficient road transport vehicles, the so-called Clean Vehicles Directive (CVD).

CECE is glad to report that all amendments calling for inclusion of construction machinery into the scope of the CVD were rejected. This is in line with argumentation and awareness-raising actions undertaken by CECE in the recent weeks and months, since the emergence of this debate in the European Parliament in June 2018.

CECE Secretary General Riccardo VIAGGI says, “We have no reservation on the emission reduction goals the EU has set itself and the construction machinery industry is proud of the significant advancements it has made in this regard. However, the Clean Vehicles Directive is tailored to the transport sector and is not an appropriate instrument to cover mobile machines such as those manufactured by CECE member companies. We thank the MEPs who voted these amendments down for sensible and responsible policymaking and look forward to working with all MEPs and show our contribution to more sustainable construction processes.”

It is very interesting to note that, in spite of support by a wide spectrum of political groups, Compromise Amendment 5 – considered a back-up plan for the proposers of construction equipment’s inclusion within the CVD’s scope – was rejected by a very close vote. If carried, the amendment would have introduced a review clause, obliging the European Commission to assess the inclusion of construction machinery during the review of the CVD, 2 years after its entry into force.

It is fundamental to remind that construction machinery work as part of a variety of different processes and are not intended to carry people or goods from A to B. Therefore construction equipment cannot and will not be considered as road transport such as passenger cars, buses, coaches and trucks. Regarding electrification in work sites, the different situation for recharging infrastructure and limitations on the electrical supply to support the use of purely electrical machinery (on very different power ranges) has to be clearly distinguished from road transport.

CECE will continue to monitor the developments in light of the upcoming trialogue negotiations, knowing that the European Council has never shown any interest in including construction machinery into the scope of the CVD.

By replacing petroleum fuels with decarbonized fuels, emissions can be reduced as well as overall engine costs.
Sara Jensen
October 13, 2020
Follow Us