Scania says standards focusing on tail-pipe emissions need to be combined with an integrated approach, and that alternative fuels, driver training and new powertrain technologies also need to be considered. 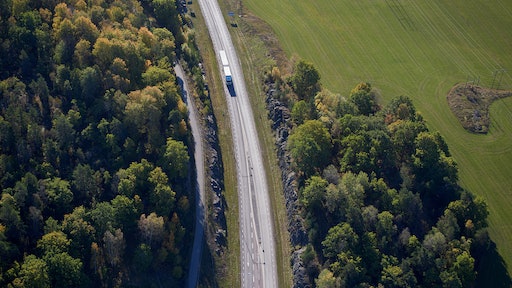 Scania sees the agreement between the European Parliament and the EU council on the CO2 standards for heavy-duty vehicles as a tool to reach the Paris climate objectives. “Such standards focusing on tail-pipe emission need to be combined with an integrated approach. Renewable biofuels and other alternative fuels, driver training, more efficient logistics, new powertrain technologies, and additional measures will also be required,” comments the company’s President and CEO Henrik Henriksson.

Scania’s ambition is to drive the shift towards a sustainable transport system, and the company believes it is possible to transition into a decarbonized, fossil free transport system. Scania always aims to improve the fuel economy of its vehicles and consequently enhance CO2 efficiency. Not least because this gives its customers a competitive advantage and ultimately supports Scania’s competitive position.

Although Scania strongly believes in electro-mobility to reach lower CO2 emissions, the technology is not yet mature, there is an uncertain customer demand, and there is no public charging infrastructure for these vehicles available presently in Europe.

“The ambitious targets and the transition into new powertrain technologies will also require substantial investments in truck-specific charging and refuelling infrastructure for alternative fuels which, to a large extent, are not yet in place,” says Henriksson.

The EU agreement stipulates CO2 emissions reductions of 15% by 2025 and 30% by 2030. The baseline will be set from July 2019 to June 2020. The next step in the legislative process is the formal approval by the Council and the Parliament, which is expected before the European Parliament elections in May 2019. The legislation will come into force later during 2019.

Scania welcomes the review of the emission standards that will be undertaken in 2022.

“This review should consider the availability of refuelling and charging infrastructure for alternatively-powered vehicles, as well as the market uptake of such vehicles. The review should also contain a method to better reflect a well-to wheel perspective in order to include biofuels. Furthermore, longer and heavier vehicle combinations have to be considered. Such combinations are often used in Sweden, Finland and Denmark, as these vehicles are one of several methods used to increase the efficiency in the transport system,” Henriksson concludes.