New Holland's CR Revelation combine harvesters improves average total capacity by up to 10%, and lowers the power needed to separate the grain by up to 75 hp. 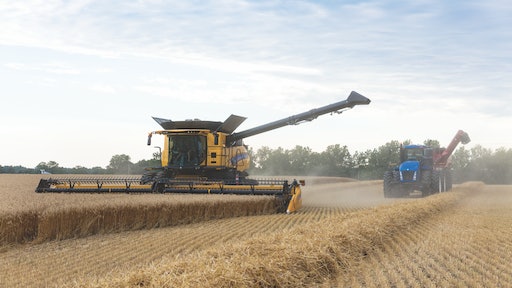 New Holland raises the bar of combining excellence with the CR Revelation combine harvester by expanding the maximum harvesting potential of the machines while improving customers' efficiencies and lowering their total cost of ownership. The new CR Revelation guarantees grain quality, improves average total capacity by up to 10%, and lowers the power needed to separate the grain by up to 75 hp. In addition, New Holland has redesigned the residue management systems to increase customer profitability by increasing future yields, soil quality, and reducing the numbers of trips over the field. It takes harvesting performance to a whole new level.

“The CR combine was already the harvesting world record holder for wheat and soybeans – the most powerful combine in the market with the highest productivity, the highest capacity, and the highest efficiency,” says Daniel Valen, Director of Product Marketing for New Holland North America. “We learned of all the productivity improvements in 2015 from an independent third party study - $4.60 per acre profitability advantage of the New Holland combine vs competition. But at New Holland we are never satisfied. We believe in continued advancement to further improve customer profitability and the new features of the CR Revelation do just that. Improvements for this year, such as the cab-controlled remote adjustable rotor vanes, improved residue management, and new styling will improve our customers’ productivity and profitability further.”

Up to 10% more productivity with Dynamic Flow Control

A host of features on the new CR combines increase these machines’ already high capacity and productivity even further, while improving grain quality.

Dynamic Flow Control, the new cab-controlled remote adjustable rotor vanes, with infinitely variable position between slow and fast, results in class leading crop flow control and power efficiency gains. This feature, available as an option on the three 22 in. models at the top of the range, delivers higher productivity and capacity while reducing power consumption by up to 20%.

The in-cab concave reset contributes to increasing the combine’s productivity, dramatically reducing downtime in case of a concave breakaway. This feature makes resetting the concave very easy and fast: the operator just empties rotors, stops the combine, rearms the concaves automatically and resumes harvest, saving the 20-30 minutes that doing the operation manually would require.

The CR10.90 is also available with optional TwinPitch Plus rotors with 3 in. raspbars, which deliver considerable power efficiency gains of 38 hp versus conventional rotors. 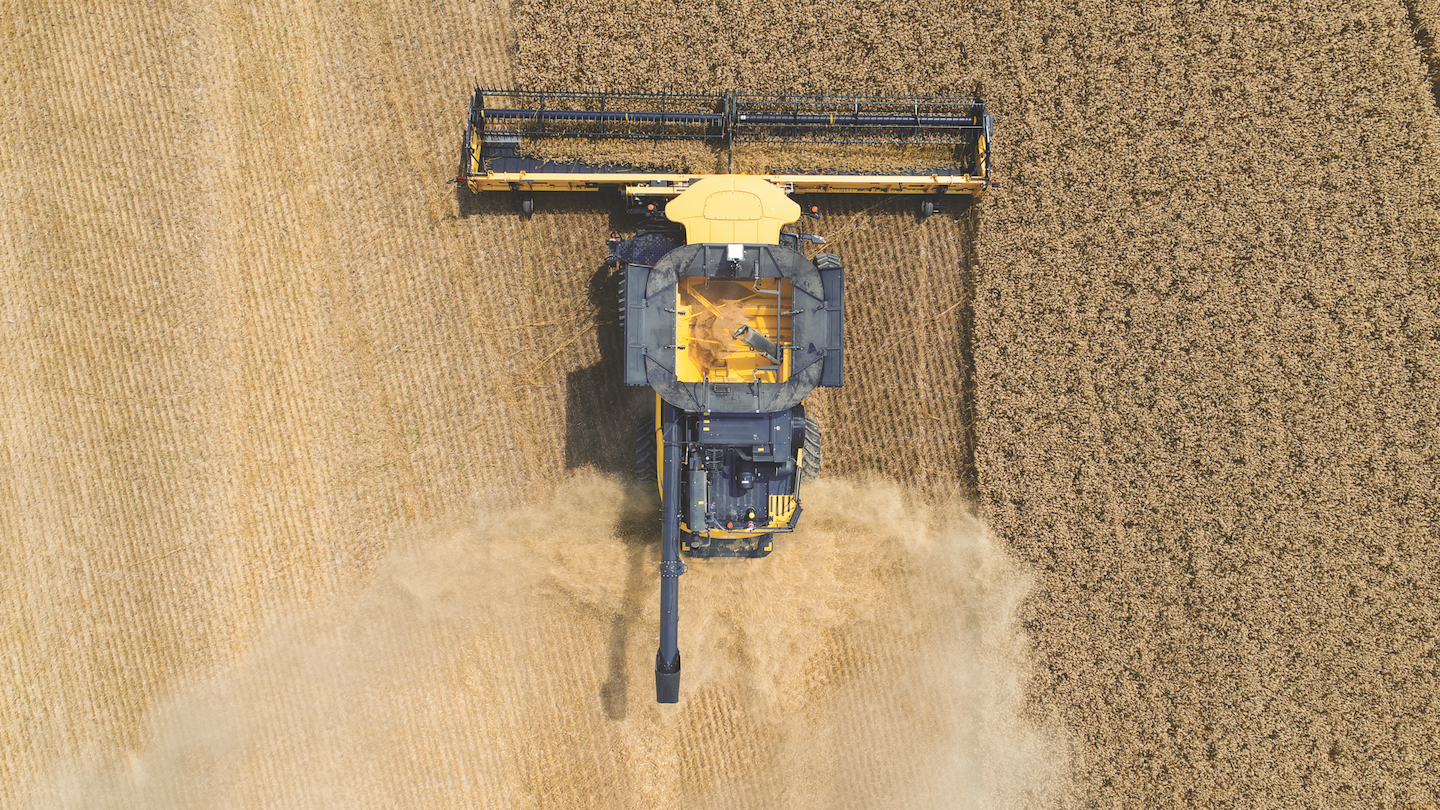 These features, together with other improvements that include higher rotor covers on the three smaller 17 in. models, the deep cut DFR, 3% larger sieve surface and the power upgrade, deliver an increase in the CR combine’s productivity of up to 10%. This big performance comes with a high capacity grain tank on the CR8.90 Opti-Clean combine.

The CR10.90, the world’s most powerful combine and world record holder for most wheat harvested within 8 hours, has raised the bar again on performance with a 50 hp power upgrade. The biggest combine in the industry now develops 700 hp maximum power to deliver the highest performance in all crops.

The improvements to the chopper, which include a reinforced rotor, longer counter knives and increased chopper speed, result in a finer sample and a 50% reduction of long straw.

The chaff spreader has been entirely redesigned with a patented air crop flow system replacing the traditional impact based design. The spreading width has been increased to 45 ft. and is adjustable from the cab. The powerful Opti-Spread straw management system is further improved with 25% stronger hydromotors, V-shaped paddles and cleaning scrapers. The result is a wider, 45-ft. spread, better spread distribution and reduced wear while saving power versus the prior solution.

A functional new color scheme inside the machine and on the upper part of the combine provide better visibility during the harvest and daily maintenance The main frame, grain pan and beater grate are now in yellow, providing better visibility in the cleaning shoe. The color of the grain tank has also changed to yellow to improve visibility from the cab and make it easier for the operator to check the grain quality at all times.

Fueling Innovation exemplifies the entrepreneurial spirit of finding alternative fuel sources, but it also follows our legacy of over 120 years of creating innovative and practical products for agriculture. From our Precision Land Management strategies, such as the NHDRIVE autonomous vehicle concept and our dedication to being the Clean Energy Leader, New Holland is committed to finding new and better ways to make innovative equipment accessible and more productive.

The new TH7.42 Elite telehandler features a new transmission as well as improved visibility and comfort to help keep customers productive when working on the farm.
New Holland Agriculture
February 18, 2020

Yanmar's new YM347 and YM359 tractors feature SMARTASSIST Remote to monitor the status and location of the tractor from a computer or smartphone.
Yanmar Holdings Co. Ltd.
December 17, 2019

The design of the Konzept hybrid tractor focuses on the use of zero-emission powertrains, innovative drive solutions and a futuristic operator environment.
OEM Off-Highway Editorial Staff
November 12, 2019

The ARBOS 7000 Series tractor includes a new cab with improved visibility and ergonomics.
October 11, 2019
Follow Us