Terex Utilities' Terex HyPower Hybrid System has been approved by the Air Resources Board to meet title 13 California Code of Regulations section 2485. 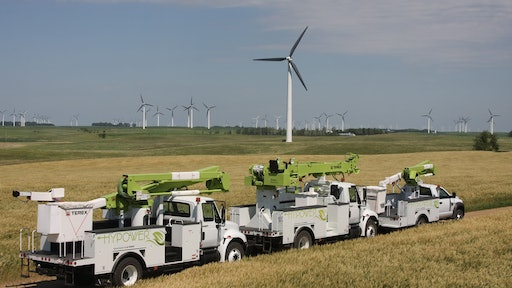 Terex Utilities has received approval from the Air Resources Board (ARB) for its Terex HyPower Hybrid System, a plug-in Power Take-Off (PTO) system that uses stored energy from the system’s rechargeable batteries to power the non-propulsion functions of the vehicle. This approval enables the HyPower system, which can be used on any heavy-duty, diesel-powered vehicle with a gross vehicle weight rating over 10,000 lbs., to meet the requirements set forth in title 13, California Code of Regulations section 2485. With this approval, Terex may label its HyPower products with “ARB Approval #11-643-002.”

The Terex HyPower hybrid system is a different approach to the Plug-In Electric Hybrid Vehicle (PHEV), says Depazza. It is focused on the work that the vehicle performs on the job site rather than moving the vehicle from location to location. The Terex system is designed to reduce, or even eliminate, the use of fuel for the work done while the vehicle is sitting still. By using plug-in electric hybrid technology to operate the boom and accessories, the Terex HyPower system reduces a whole range of pollution produced from diesel fuel and eliminates the noise from an idling engine normally used to run the hydraulic system.

“The HyPower system offers an average of 1,500 gallons in fuel savings and 13.37 metric tons of CO2 reductions per truck per year,” says Depazza.

The HyPower system recharges from the electrical grid using a standard 110V—15 AMP outlet. The system is simple enough to be retrofitted onto existing vehicles, as well as durable enough to outlive its first vehicle and be used on another.

“ARB approval opens many doors for Terex Utilities customers,” continues Depazza. “Often, government subsidy money is available to make capital investments such as updating a utility fleet’s technology, but to be eligible to receive these grants the technology may require ARB approval. Now that the Terex HyPower system has an ARB approval label, Terex can better help its customers reap the benefits of these government subsidies.”