Yokohama announces Takayuki Hamaya has been promoted to the position of Chief Operating Officer while retaining his position as EVP and CFO. 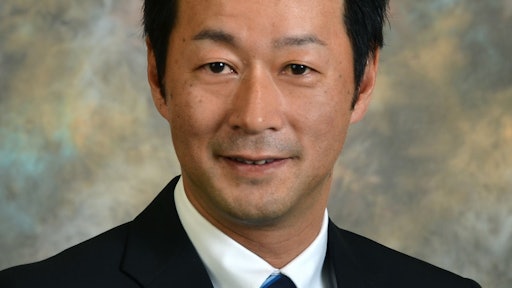 “Mr. Hamaya’s promotion corresponds with our continued efforts to improve the service we provide to our dealers while delivering the best products to the market,” says Tanaka. “I expect Mr. Hamaya to continue his strong leadership and valued contributions to YTC.”

Hamaya, who graduated from Senshu University in 1988 with a degree in Economics, and earned an MBA from Alaska Pacific University in 1992, joined The Yokohama Rubber Co., Ltd. (YTC’s parent company) later the same year. In 2004, he was named president of Yokohama Europe, and in 2005 became president of several Yokohama sales companies (in Germany, Switzerland, Austria, Denmark, Belgium, Sweden and Russia).

In 2007, Hamaya returned to Japan following an appointment as General Manager, Secretariat to work directly with then President of Yokohama Rubber Co., Ltd., Tadanobu Nagumo.