AxleTech’s new brand emphasizes the “tech” in its name, recognizing its focus on and investments in being a technology company that provides advanced powertrain systems, axles, brakes, components and aftermarket parts. 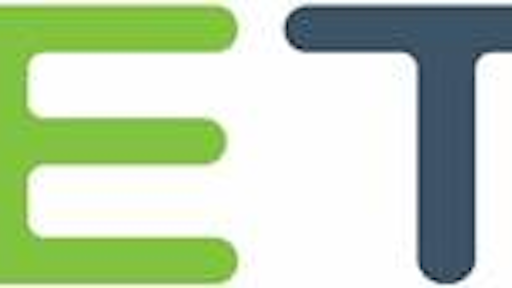 Established in name in 2002, AxleTech International traces its industrial roots back 100 years as the original Rockwell International. Throughout this time, change has come in the form of name, ownership and acquisitions, but the company has remained true to its manufacturing heritage. The company is redefining its identity and position in the industry with a new name and brand mark. Now known as “AxleTech,” the company’s new brand emphasizes the “tech” in its name, recognizing its focus on and investments in being a technology company that provides advanced powertrain systems, axles, brakes, components and aftermarket parts for heavy-duty commercial and defense applications.

“AxleTech is a technology company. Now our brand identity is catching up,” says Bill Gryzenia, CEO, AxleTech. “We have a long, rich history, but to have a successful future, we need agility and speed. We’re accomplishing this through new partnerships, expertise, solutions, thinking and technology.”

“Our previous brand served us well for almost two decades as we built upon our reputation for custom engineering and manufacturing. Given our broader transformation and capabilities, we have purposely emerged as a technology leader for commercial and defense vehicles. We want our brand to reflect that,” says Mary Petrovich, chairman of the board, AxleTech. “This new identity represents the relentless work of our entire global team that has thrust AxleTech into a leadership position for the next mobility era.”

Since 2015, when the company was acquired by The Carlyle Group, AxleTech has expanded its engineering expertise and invested significant capital in new product development. Armed with this, AxleTech is using new technology and assets to develop e-axles, new independent suspension systems, variable-track axles and more for the most powerful vehicles in the world.

The branding process led to many discoveries about its culture and heritage: a company-wide, relentless will to win; limited bureaucracy that fosters speed and nimbleness; and a foundation of humility and caring. These key traits inspire employees to quickly develop and bring innovative powertrain systems solutions to market. For example, AxleTech’s electronic drivetrain propels the Proterra Catalyst E2 Max, which recently shattered a world record by traveling over 1,100 miles on a single charge.

Read more in the article "Performance and Power Exceeding a Diesel Engine."

The new identity was designed to represent AxleTech’s influence on systems and technologies Between the Wheels, represented by the circles within the A and H in the logo. A dramatic change in colors reinforces the company’s focus on technology (slate gray) and new powertrain solutions, including e-axles (signified by green). “International” was eliminated from the name because it was unnecessary as AxleTech has operations in North America, Europe, India, Asia and South America.

The Lift and Turn Compression Latch EN 5630 can be operated in two steps with an ergonomic, powder-coated T-handle.
JW Winco, Inc., A Ganter Company
May 12, 2020

Technology News Tracker: Electrification will Bring Changes to the Drivetrain

Changes to traditional drivetrain system and component designs will vary as electrification continues to advance in the heavy equipment industry.
April 28, 2020

The machine is powered by a Danfoss EDITRON drivetrain system which provides a maximum power of 200 kW.
Danfoss - Danfoss Power Solutions
April 21, 2020

Smithers' new report indicates autonomous vehicles will bring many changes to tires such as a greater emphasis placed on durability over handling and other performance aspects.
April 16, 2020

Taking inspiration from the shape of a cup, a new tire design with an airless structure helps improve the operator experience while reducing compaction.
Gigi Wood
March 25, 2020
Follow Us