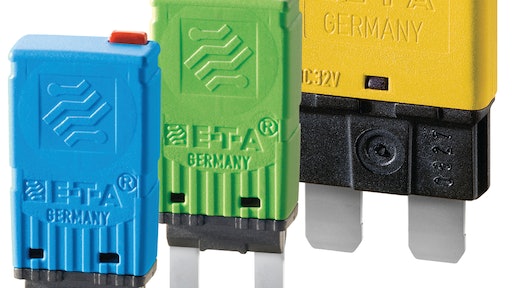 Color coded thermal vehicle circuit breakers that mount like a standard automotive fuse into a socket. These breakers meet the requirements of SAE J553.