Remy Intl. reports a 1% net sales increase for the first quarter 2015 and a 10% increase in quarterly dividend. 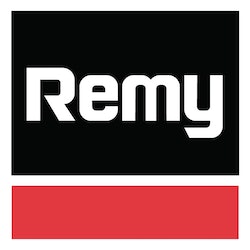 Remy International Inc.—a leading worldwide manufacturer, remanufacturer and distributor of starter motors and alternators, multi-line products and hybrid electric motors—has announced its financial results for the first quarter ended March 31, 2015. Remy also announced a 10% increase in its quarterly dividend to $0.11 per share payable on May 29, 2015 to stockholders of record on May 18, 2015.

Jay Pittas, Remy International Inc. President and CEO, comments, "We performed well in a tough environment with strong currency headwinds and macro-economic conditions. We are excited by the continued share gains in our original equipment products and encouraged by the favorable commercial vehicle build forecasts for the remainder of the year. In addition, we continued to increase our OE revenue backlog, which provides a clear line of sight into earnings growth over the next few years. We are committed to improving long-term shareholder value as demonstrated by our increased dividend and previously announced stock repurchase program."