The in-vehicle system SIC features an “intelligent” central unit and can connect up to four displays within a vehicle cab. 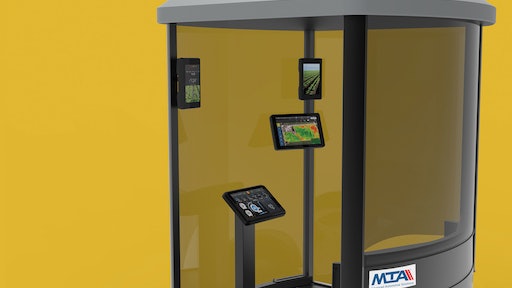 The “in-vehicle” system will be installed in a show-cab which is equipped with the central unit and four displays.
MTA S.p.A

MTA, a leading company in the development and production of a wide range of electromechanical and electronic products for major vehicle manufacturers, will showcase during bauma Munich (hall 2A, stand 627) the latest version of its “in-vehicle” system. The system – called SIC – has been developed with state-of-the-art specifications. It features an “intelligent” central unit and will be installed in a show-cab where visitors can test it live during the exhibition.

The presence of the intelligent unit developed by MTA allows on one hand the integration of information and on the other the possibility for the displays to become external devices of the system. This enables OEMs to adapt the terminals and to add new features and functions in line with the rapidly evolving market, without making any change to the core section of the system.

The central unit of the MTA system has been developed based on a flexible and powerful architecture, making use of the latest generation multicore microprocessor produced by Texas Instruments, which is renowned for its high computing power. It can handle up to four Full HD displays inside the vehicle, as well as collect and convey the information coming from the vehicle, the images from cameras through BroadR-Reach technology, and from wireless connectivity. 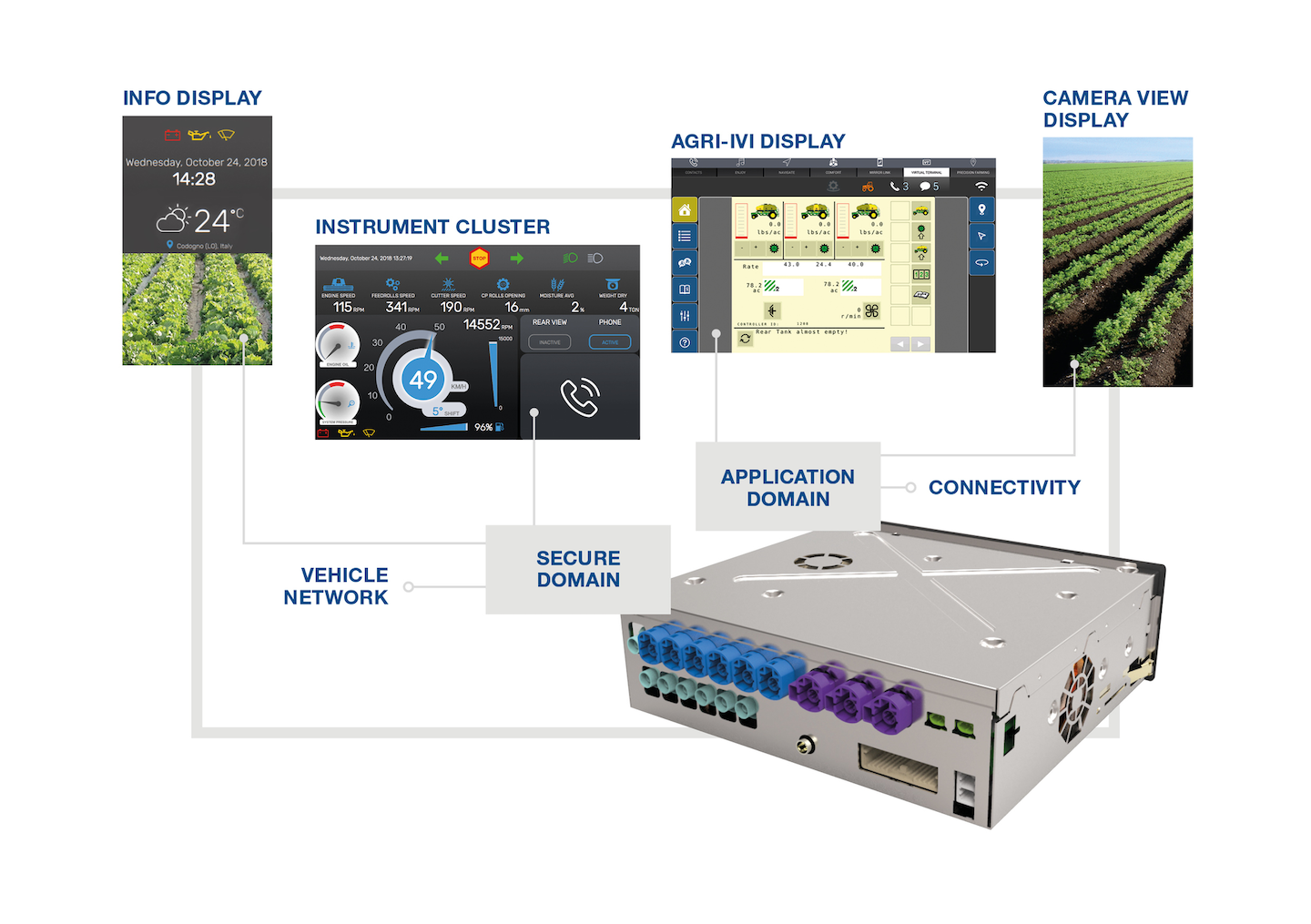 The unit is ready to be adapted for additional functions based on specific customer requirements, such as for example the 360 degree surround view function, thanks to the use of four digital cameras with image processing libraries that enable the user to have a 360 degree view showed on the display. This system eliminates blind spots, for increased safety.

MTA is able to supply the customer with two different solutions, a Linux and an Android based software architecture.

The Linux platform is very flexible and allows the products to be developed according to the specific needs of customer’s application. However, such degree of flexibility does not come at the expense of compliance with stringent software development standards, as MTA is working on its infotainment systems according to the Automotive Spice process required by leading OEMs.

The Android based platform, which makes use of this operating system for graphical applications handling, uses the recent Android Automotive Oreo 8.1 version, which largely allows for the integration of customer’s applications, thus increasing the full potential of the system. This original solution is made possible thanks to the agreement MTA signed with Elektrobit, a global supplier of embedded and connected software products and services for the automotive industry. 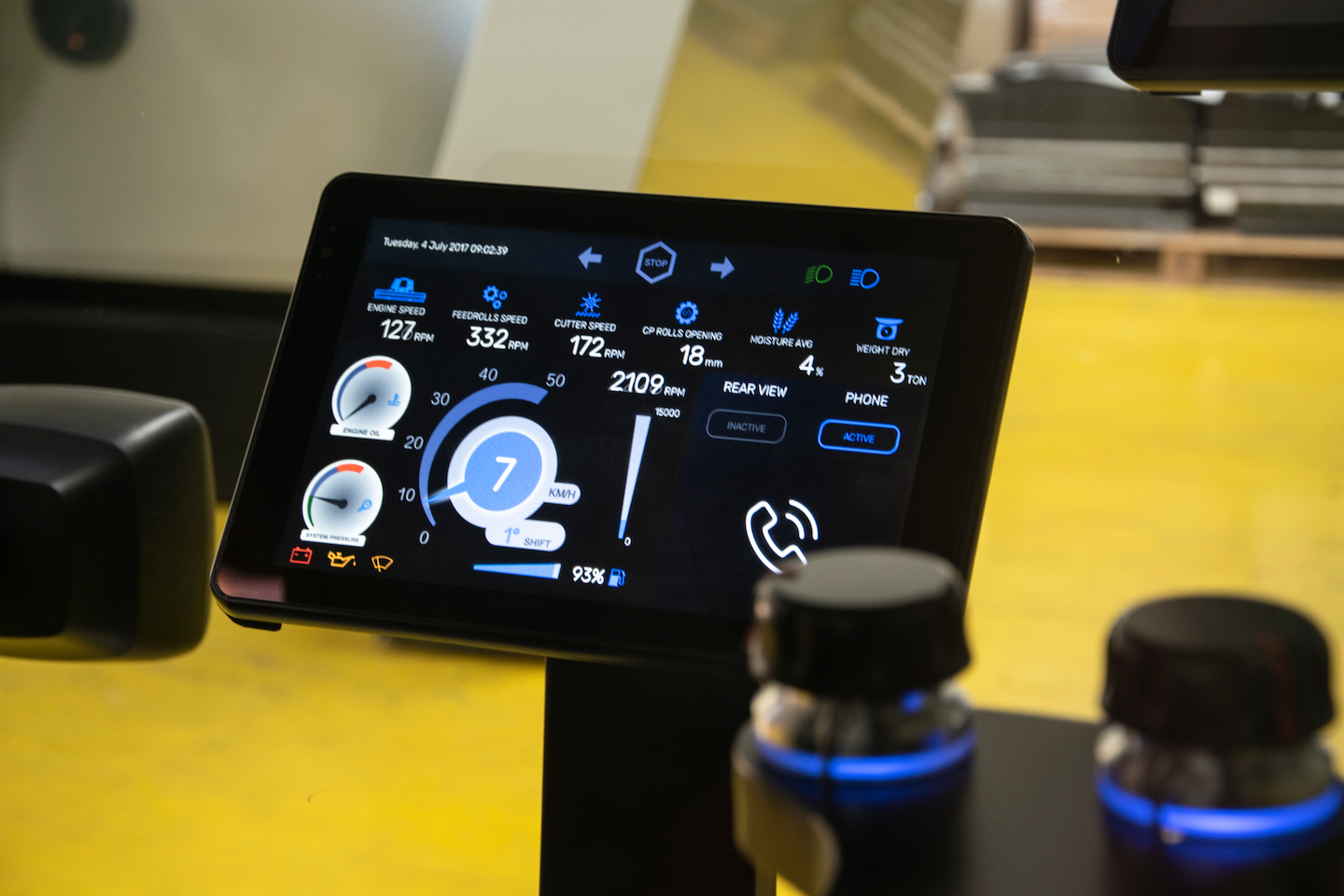 An MTA 12 in. multi-touch display which will be installed in the show cab.MTA S.p.AThe “Android solution” has also led to the development of an innovative architecture that uses an additional core of the microprocessor, for increased safety and security. The system brings together latest infotainment functionality and digital instrument clusters, allowing maximum performances running simultaneously an Android premium class infotainment and a 3D instrument cluster.

At bauma, SIC will be mounted in a show-cab and equipped with the central unit and four displays that can be tested by visitors, for a first-hand experience of this evolved electronic system.

Rugged Sensors for the Toughest Applications

The POSITAL IXARC magnetic absolute rotary encoders are available in a wide range of mechanical configurations, with multiple options for housing and flanges.
POSITAL Inc.
May 5, 2021

cellcentric will develop, produce and commercialize fuel-cell systems for both long-haul trucking and other applications.
Volvo Group Global
April 29, 2021

The digital hydraulic actuator allows the creation of new hydraulic systems which can improve performance and efficiency of construction equipment.
Sara Jensen
April 21, 2021

CANbus Will Play Critical Role in Electric and Autonomous Vehicles

The advanced communication capabilities of CANbus systems will help to increase the intelligence of electric and autonomous vehicles.
Sara Jensen
April 15, 2021

The Kvaser U100 features a robust connector with inverted strain release that handles more force than previous models when pulled or bent.
Kvaser AB
April 14, 2021
Follow Us