The collaboration lead to the development of electrical products to be mounted near the battery in different combinations for the OEM's ICV Trucks, Electric Buses and City Buses. 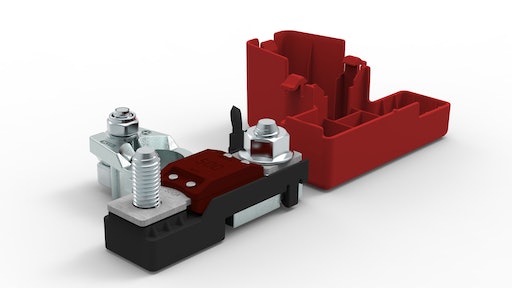 MTA announces an important supply to Ashok Leyland, a leading Indian manufacturer of trucks and buses.

The project, which began about 3 years ago, is the result of a collaboration between the R&D team of MTA India and Ashok Leyland technicians. It led to the development of different electrical products, to be mounted near the battery in three different combinations for ICV Trucks, Electric Buses and City Buses of the Indian Company.

The first delivery to Ashok Leyland concerns a 5-way frame, with dedicated cover and locks and different compositions of fuse/relays modules, mounted in the cabin of its City Buses.

Thanks to the reliability, robustness and the cost effectiveness of the product, MTA was selected for the development of another product, a specific battery distribution unit, which accommodates one MegaVal fuse and a die cast battery terminal, for Ashok Leyland Coaches. The product, supplied with a cover tethered to the body, has very compact dimensions, which make it versatile and easy to be placed.

For their own trucks, on the other hand, Ashok Leyland chose a “new generation” of MTA’s MegaVal and MidiVal fuse holders, which can be used both stand alone or clipped together to build different BDUs, offering numerous combination possibilities for a wide range of applications.

The R&D, as well as the assembly of the products for Ashok Leyland, have been carried out in MTA India, a modern site in Pune, a town in a strategic position for the automotive market due to the presence of the production plants of main local and foreign car makers.

Thanks to the high standards of the plant, certified IATF 16949 and ISO 14001:2015, MTA India boasts today important collaborations, such as those with UAZ and Piaggio, respectively for an electrical control unit for Patriot SUV and a waterproof fuse-holder for Apé City+, besides the long lasting ones with the two major Indian companies: Tata and Mahindra.