State of the Industry 2011: An Interview with Darrin Drollinger, Executive Director, American Society of Agricultural and Biological Engineers (ASABE) 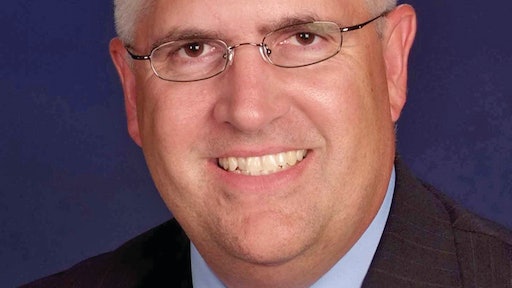 I know you mentioned before that one of ASABE's goals was to push regulatory standardization. What is the plan, benefit and progress of that initiative?

It should first be mentioned that ASABE only publishes voluntary consensus standards. We provide a neutral venue for standards development that is open to all impacted parties. With that said, ASABE Standards are referenced in legislation and building codes whereby they become a legal requirement. The technical committees know that standards based on sound science often become the basis for better legislation. We do not promote the creation of legislation per se, but feel strongly that if society determines a regulation is needed it is best to develop it from the best voluntary consensus standards available.

A few examples that may be of interest include:

What other goals does ASABE have to benefit its members and equipment manufacturers?

How is the agriculture industry faring in today’s climate, and where do you see it going?

Overall the industry is doing quite well. High commodity prices are boosting many sectors. The downside is that there are areas experiencing severe drought and other weather calamities and overall input costs have increased dramatically. The economics are always challenging and perhaps becoming even more so. However, on balance, it remains a very good time to be in agriculture.

What key technologies and developments will be key in agriculture’s continued strength and progress?

The list has to start with the focus on increased productivity. This would include a wide range of products that focus on product placement and increased field coverage. Work on global positioning systems and other tools continue to aid the growers and is leading towards the potential for autonomous activities.

It is also worth mentioning that the trend towards higher energy prices will continue to push research and innovation. This work will lead to crops that differ from those currently grown and harvested. Mechanization and innovation will be needed as any new crop becomes market viable. This will ultimately open new doors of opportunity for equipment manufacturers as greater and greater quantities of material is harvested and transported.

What do you consider to be the top 3 or so most influential developments or product releases in the past year and why?

For a number of years, ASABE has recognized the top agricultural equipment innovations with our AE 50 awards (see www.asabe.org to find out more about the awards). All of these technologies are noteworthy, but we awarded a special group called the Judges’ Choice to recognize the best of the best.

The Judges Choice winners in 2011 were:

How are biofuels positively or negatively affecting the agricultural industry? What potential threats and benefits do biofuels hold for agricultural engineers and equipment manufacturers?

There is huge upside for both the grower and the manufacturer of equipment. Additional acres will be needed to meet the growing demand. New crops, as well as improved varieties of existing crops, will expand acreage under cultivation. There will be opportunities to bring marginal land into production in areas with less water. There may also be opportunities for material preprocessing on the farm. Some energy crops will be less dense than desired for optimal shipping, so basic densification would lead to increased value of the crop.

The production of grain-based ethanol has received extensive negative press. Much of the media implies that the grain is “burned” or consumed during the creation of fuel. This, however, is not the case. The grain is processed into multiple end products. The two predominate products are ethanol and dried distillers grains with solubles (DDGS). The latter being a great and widely used animal feed. DDGS are even exported to other countries. A roughly 55 pound bushel of corn produces about 3 gallons of ethanol and 20 pounds of DDGS. A useful end product when you consider that the lion’s share of the U.S. corn crop is used for animal feed. Important points to keep in mind during food vs. fuel debates.

It is also worth noting that the majority of focus on U.S. energy consumption is on transportation fuel. However, the U.S. “energy pie” has a large portion that represents energy from direct combustion. Solid biofuels such as wood chips, pellets from a wide variety of sources and other renewable materials can meet this demand. These materials are being traded on a commodity basis worldwide and continued growth is expected. In any case, equipment will be needed to grow, harvest and handle the expansive amounts of material to meet a growing demand.

How much of a role does ASABE play in standards and regulations for things such as fuel management, safety, and productivity and data management?

As mentioned earlier, ASABE publishes voluntary consensus standards in a wide range of areas. A few comments related to these topics are as follows:

What are some current ASABE standards projects in the works and on the horizon?

A good example to lead with is a project on safety for anhydrous ammonia application equipment. Combined with advances in application technology, such as multiple tanks and eliminating overlap, and there is an expressed need for a design standard that is being actively pursued.

It is also worth mentioning that ASABE is very active in the development of international standards. In ISO standards development, the American National Standards Institute (ANSI) has accredited ASABE to coordinate several key committees that develop the U.S. position. While there are dozens of ongoing projects, it is worth mentioning a few examples here. The first is that discussions have started on higher voltage systems for tractors. These systems are being added to some tractors today, and there is a need for design guidance as this technology evolves. There are also active projects for large rotary mower safety and bale wrapper safety.

What role has ASABE played in the precision GPS signal interference issue with LightSquared?

ASABE has worked with a number of organizations who have raised significant concerns about GPS interference with the LightSquared 4G wireless broadband system. Our most recent action was a joint letter with the American Society of Agronomy to the Federal Communications Commission strongly asking them to not to grant a modification of authority for LightSquared (Click here to read the letter).