RCT has successfully automated a CAT R1700K underground loader which will be used in Western Australia. 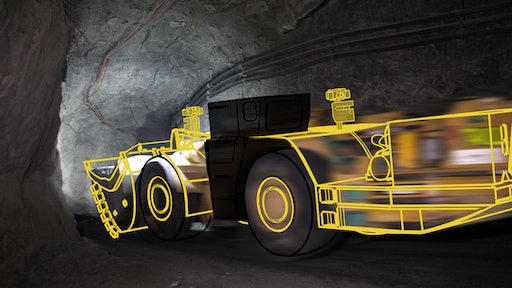 Recently, RCT successfully installed and commissioned its ControlMaster Guidance Automation solution onto a CAT R1700K underground loader in Kalgoorlie merely weeks after it was introduced into the Western Australian market.

Guidance Automation enables equipment operators to manage the CAT R1700K loaders from the safety of a ControlMaster Automation Centre located on the mine’s surface or in designated areas in the underground mine.

RCT Automation & Control Product Manager Brendon Cullen says the work is a major milestone for the company. “RCT has a long history of successfully integrating with machinery developed by any Original Equipment Manufacturer (OEM) and this project is no different,” he says. “Our technicians assessed the R1700K underground loader in our Kalgoorlie workshop and configured our automation solution to interface with the machine and utilize all of its functions.

“Machine operators can use Guidance Automation and operate the loaders in higher gears and access proportional braking to safely and efficiently carry out their work.

“Guidance Automation incorporates features such as autodig, autodump, bucket positioning and it can make use of the machine’s traction control if required.

“Going forward we will be able to commission ControlMaster Guidance Automation on the CAT R1700K loader on any mine site backed by technical support from our regional offices around the world.”

RCT will provide full technical assistance and ongoing after-sales support from its Kalgoorlie branch to regional mining companies which have purchased the CAT R1700K loader.