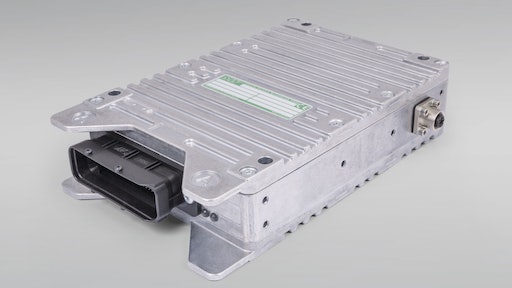 Sensor-Technik Wiedemann (STW) presents the latest addition to its ESX family of mobile control units, the ESX-3CM which was developed to cater to a large number of applications with a predefined configuration.

The Intelligent Control Module is capable of controlling power for up to 40 devices.
AMETEK Vehicular Instrumentation Systems
July 12, 2019

The PCU can be used in various vehicle types and for various applications including interior light control.
Eberspaecher
June 3, 2019

A new option board can expand any B&R X90 controller to include a full fledged safety controller
B&R Industrial Automation Corp.
March 11, 2019

DSEM-Series encompasses multiple products that can be used together or as stand alone products for flexible control options.
Deep Sea Electronics plc
June 30, 2018

Designed to provide a sophisticated level of programmable control, the controller can be used independently for smaller applications or to expand the I/O options of its larger brother, the DSEM640.
Deep Sea Electronics plc
July 1, 2018

B&R has expanded its X90 control and I/O system to include an I/O module for connecting remote sensors and actuators on mobile equipment.
B&R Industrial Automation Corp.
April 11, 2018