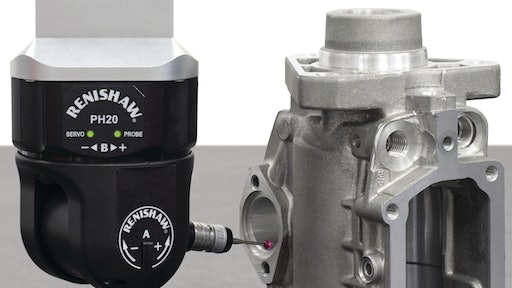 Find and Use the Right Data

The SLICE NANO IEPE data acquisition system from DTS can be embedded in any test article and withstands impacts up to 500 g.
DTS (Diversified Technical Systems)
August 15, 2016

The HBM CX23-R data recorder enables users to review and process the collected data via a web browser from wherever they may be located.
HBM
September 11, 2015

Finding real value from data comes from looking at the information with a knowledgeable eye that is familiar with both the industry and the customer.
Michelle Kopier
August 27, 2015

The HBM GEN7ta transient recorder and data acquisition system acquires and streams data up to 400 MB/s.
HBM
May 29, 2015

HBM has introduced the CX23-R data recorder and the EX23-R Ethernet switch modules for SomatXR which help expand the capabilities of the data acquisition system.
HBM
March 18, 2015

HBM has developed three new amplifier modules for its SomatXR Data Acquisition System that are suited for use in harsh operating conditions.
HBM
November 21, 2014

When data ends and Data begins

POWERLINK can be considered the "next generation" of CAN bus connectivity
March 13, 2014

Topcon has released an update to its productivity software products with new versions of MAGNET Field and MAGNET Office.
Topcon Positioning Systems
January 10, 2013

Putting an MMS system together

As noted by Richard Rybka in his article Where will positioning take us next? he discusses how GPS, intertial measurement units (IMUs) and distance measurement instruments (DMIs) are being integrated into one system to allow rapid data collection.
January 20, 2012
Data Acquisition Systems

Building blocks for a device-to-cloud solution

If an OEM decides to collect and store data from distributed devices in the cloud, there are important considerations during the product development cycle that can make connecting to the cloud simpler.
January 19, 2012
Electronics