Where will positioning take us next?

As positioning technologies continue to be used at an exponentially increasing rate, new benefits and uses are surfacing for OEMs. 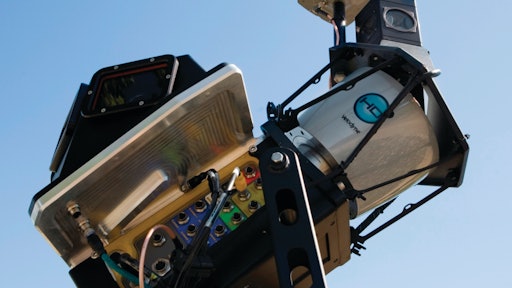 Several positioning technologies are commonly used in off-highway applications. Fleet management systems use GPS to track the location and movements (or lack thereof) of tractor-trailers, service trucks and other vehicles. Some advanced machine control systems used on earthmoving, grading and mining equipment also use GPS in combination with an IMU, or inertial measurement unit. Distance measurement instruments (DMIs), commonly known as odometers, are used to record the distances covered by commercial vehicles for maintenance purposes.

Individually, the three positioning devices have greatly improved productivity and efficiency. Combined, these same positioning technologies have been used to develop a new system with unique functions - the mobile mapping system (MMS).

Mobile mapping systems are designed to be mounted on a car, truck or other vehicle with two rear wheels. They collect digital data that includes the route of the vehicle (trajectory); millions of x, y, and z points from laser scanners; and images from camera systems.

The development of an MMS by Topcon Precision Systems Inc. (TPS), Livermore, CA, was driven by the needs of Internet map data providers. These companies require mobile data collection systems that can efficiently collect geographic information and images on a global scale. Over the past three years, TPS has expanded on the OEM systems to create two commercially available mobile mapping systems - the IP-S2.1 and the IP-S2.2 HD Mapper.

The operation of mobile mapping systems is best explained as the integration of two subsystems: vehicle positioning components and information sensors. Three positioning technologies are used to establish the location and orientation of a vehicle as it moves along the surface of the earth:

GNSS establishes the vehicle's horizontal (x,y) and vertical (z) position on the earth to a certain degree of accuracy.

In a mobile mapping system, simply knowing an x, y, z position on the earth from GNSS is not enough information to align sensor data to the vehicle's trajectory. During a data collection mission with an MMS, it is possible to temporarily lose GNSS signals or encounter a degradation of the signals due to sky view obstructions. Since IMU's operate continuously without interruption, they provide supplemental tracking information to the MMS.

The typical MMS used for geographic mapping uses laser scanners and digital cameras to collect information along the vehicle trajectory.

TPS's mobile mapping system uses a camera with six CCD's and lenses in one housing. During data processing, the images from the individual cameras are stitched together to create a single 360 degree panoramic or spherical image. The capture rate of the camera is user-adjustable by time or distance intervals.

As the vehicle travels along a route, the MMS records events and data output from the three positioning devices and information sensors. In IP-S2 systems, these events are timed to GNSS signals at a precise rate of 15 nanoseconds.

IP-S2 systems and software have created a new class of geospatial data by fusing massive colorized point clouds to 360 degree images. The user can rotate, pan and zoom from the center of the spherical image. Geospatial locations of features and measurements are made by snapping to the accurate point cloud. The result is a totally immersive 3D view of objects and surroundings.

Mobile mapping offers improvements in efficiency, productivity and safety over conventional data collection methodologies currently in use. Rapid Survey Solutions in Australia uses an IP-S2 system mounted on an SUV for projects such as waterline route planning and compliance surveys. The company surveyed a 10 kilometer (6.2 mile) long by 40 meter (131 feet) wide pipeline route over rough terrain to determine compliance with grade restoration requirements. Using conventional survey methods, the project would have taken several weeks. RSS mapped the entire site in half a day, and delivered their findings to the client the next day.

Road construction inspection is a developing MMS application. By driving a roadway project in a few minutes on a periodic basis, important information can be obtained. LiDAR point clouds can be used to create topographic surfaces of the roadbed. By comparing current and prior surfaces, earthwork volumes can be calculated. Surface features, such as light poles and fire hydrants, can be mapped as they are installed. A continuous as-built can be created. Images of the project at time intervals provide a quick view of progress and documentation of conditions.

Tracking the volume of materials stockpiles is critical information for efficient mining operations. The current use of static laser scanners set at fixed points provides the necessary information, but is time consuming and requires repositioning equipment several times. By driving mine areas with an MMS, similar information can be derived at a faster rate. By mounting an MMS on an off-road haul truck, continuous monitoring of surfaces and volumes could be incorporated as a part of the regular work shift.

The future of MMS technologies for the OEM

Opportunities for using other sensors with MMS vehicle positioning are almost limitless. Theoretically, any sensing device that has a recordable data output could be integrated with the core positioning system and matched to the geospatial vehicle trajectory. For example, ground penetrating radar devices could provide a scan of pipes and conduits under a road right-of-way with accurate location information and images of surface conditions

Road profiling is another example of sensor integration. Profilers use a different type of laser scanner at a close range to map the road surface conditions to accuracies of a few millimeters. Coupling profiler data with geospatial position and images of the road surface creates a system that can be used for detailed pavement inspections.

Autonomous, driver-less vehicles already exist today at research, mining and military levels. These systems use one or more of the same positioning components found in an MMS. Using GNSS, an unmanned vehicle can follow a previously mapped route or a course designed from waypoints. Laser scanners, detecting any change in a previously scanned area, are being used for collision avoidance. Automotive manufacturers are exploring vehicle positioning and sensing technologies as they develop autonomous driving systems.

From an MMS manufacturer's standpoint, engineering costs and other development priorities inhibit the creation of single use, single application systems with specialized sensors. Eventually the proprietary technologies used in an MMS for vehicle positioning and sensor integration may be opened to OEM's, allowing them to perform integrations with their own choice of sensors.

Putting an MMS system together 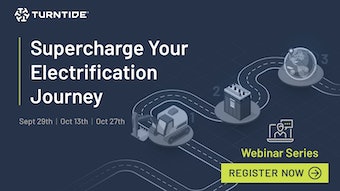