Topcon Equipment Being Used to Investigate Existance of UFOs

Topcon's IS-3 imaging station was recently used to investigate the existence of UFOs for the National Geographic Channel's new series, "Chasing UFOs." 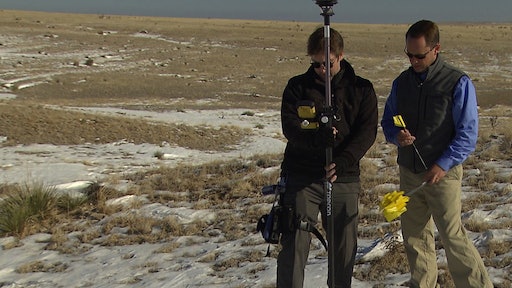 Chris Carter’s famous X-Files slogan, “The truth is out there,” is put to the test when a team of pioneering investigators pushes the limits to find the truth behind unexplained UFO sightings, using modern technology for data collection and analysis.

According to the National Geographic Channel (NGC), these real-life “Scullys and Mulders” are not looking for more stories on extraterrestrial activity — they want answers. An investigative team comprised of one believer, one skeptic and one independent thinker, the dynamic team examines a well-documented UFO sighting (Roswell, NM), meets with an alleged alien abduction survivor in Colorado and even tracks glowing orbs near NASA’s Kennedy Space Center.

A Topcon IS-3 imaging station is used to gather site data for analytic research in three episodes – the June 29 series premiere “Texas is for sightings,” July 13 “UFO landing zone,” and July 20 “Abducted in Arizona.” In Texas, the experts witness lights in the skies that leave them with new questions. In the July 13 episode, the three thrill-seekers explore the famed crash site in Roswell where they challenge a possible military cover-up and in the July 20 episode, the team collects video footage of unusual-shaped lights over Arizona.

Scott Langbein, Topcon Positioning Systems director of product marketing, served as onsite technical consultant for the New Mexico shoot, working with the team on the use of the IS-3 imaging station for pinpoint scanning and mapping of the Roswell site.

Langbein says, “Topcon was invited to meet up with the investigative team in Roswell. The IS-3 imaging technology of measurements and photo documentation is powerful, so a little training was required. They picked it up really fast and were able to take the gear with them to their other scenes. It was a lot of fun to see the IS-3 used in a unique way. Who would have thought an IS-3 would be used to investigate UFOs?

“The three investigators – Ben McGee, Erin Ryder and James Fox – were completely professional in their scientific approach to the project, and quickly picked up how beneficial the IS-3 scanning speed and image collection could be for the investigations.”

Ben McGee, an experienced geologist, radiation scientist and field explorer says, “As a field geoscientist, I cannot speak highly enough of Topcon's survey, scanning and imaging equipment. Holding up under the most demanding field conditions and shrugging off the rigors of off-grid travel, we were able to rely on the IS-3 to help us quickly establish onsite reference grids for scientific data and sample collection, survey key topographic features, and digitally preserve the site using 360-degree panoramic imaging - all from a single tripod. With this unit, we were able to accomplish multiple days' worth of work in a fraction of the time.”

McGee says, “On the Roswell UFO debris field and at the alleged century-old UFO crash site in Dublin, TX, we established reference survey grids of appreciable size of the sites we were investigating.

“Additionally, the imaging station was also used to create detailed panoramas of the famed ‘Fire in the Sky’ Travis Walton UFO abduction site in the deep forests outside of Snowflake, AZ, and used for onboard ranging to identify the precise locations of historical tree core sampling.”

McGee continues, “Survey projects that would have taken hours and days 10 years ago, with the aid of Topcon's IS-3, now take only seconds and minutes. The IS-3 allowed us to hit all our goals and objectives quickly and with incredible accuracy.”